ZDF Enterprises president and CEO Alexander Coridass has resigned after a quarter of a century with the German sales operation. 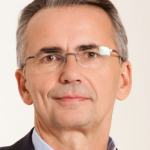 Coridass was one of the co-founders of ZDFE, the sales arm of German pubcaster ZDF, in 1992.

He will leave at the end of the year, with Fred Burcksen and Stephan Adrian replacing him as co-managing directors.

Burcksen will also take Coridass’ duties as spokesman of the management board.

“Alexander Coridass combines the enthusiasm for television and its programmes with a strong degree of entrepreneurial flexibility and determination,” saud ZDF director general Thomas Bellut.

“As President and CEO, he has made ZDF Enterprises a successful and internationally renowned company.”

Before establishing ZDFE, he was head of programme sales at ZDF.

“Twenty-five years of playing an active part in the development of ZDF Enterprises and of being able to contribute in leading the company group to where it stands today, was not only a real challenge, but also a special privilege,” said Coridass.

“I look back on this period with great gratitude, especially to my employees and business partners.”

ZDFE is currently selling docs such as the Screen Glue-produced Size Matters, and recently bought a stake in UK prodco World Media Rights.