Marvista Entertainment is looking to growth in 2018 with new senior appointments including Darrell Cross as chief financial officer and Jody Cipriano as new head of global distribution. 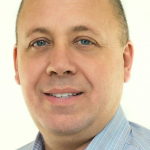 Cross, who was previously at Wild Card, will be responsible for overseeing financial operations and growth opportunities and look to leverage new business models and capital management.

Cipriano will take responsibility for spearheading worldwide cross-platform content sales and acquisitions. She was previously at Cinetel Films, where she ran sales and distribution.

Rod Rodrigo will report to Cipriano after being promoted to VP of international sales. He will be based in the UK.

Furthermore, Kenny Christmas has been promoted to executive vice president of business and legal affairs, and will continue to oversee the negotiating and shaping of business transactions in development, production, finance, and distribution of television and film.

Szew said: “As MarVista moves into 2018, our focus remains on meeting the demands of our clients and partners by continuing to provide consistent high-quality content.

“This year promises to be another banner year of growth for MarVista, and I am proud of the talented team we are putting in place to drive our next phase of growth.”