LA-based distributor Gaumont has hired execs from Snap TV and Miramax, news that comes as the firm readies flagship drama Narcos for the international market. 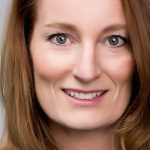 Ezequiel Olzanski and Mathilde Rottier (pictured) have joined as VP of Latin American TV distribution and coproduction and VP of US and Canada TV distribution respectively.

Next week at Miami confab NATPE, Gaumont will be shopping Narcos, whose fourth season is in production for SVOD service Netflix, to the international market for the first time.

Netflix puts a long holdback on its original shows, though a number are now being offered in the second window. Debmar-Mercury this week picked up US syndication rights to animated comedy-drama BoJack Horseman, for example.

Olzanski is familiar with Gaumont president of worldwide TV distribution and coproduction Vanessa Shapiro. The pair worked together when Shapiro was leading MarVista Entertainment’s sales and Olzanski was shopping its catalogue through Latin American vendor Snap TV.

Olzanski, who has 20 years’ experience in international TV, also worked at Endemol International, a predecessor of Endemol Shine International.

“With Narcos linear TV rights soon available in addition to all our new releases coming up this year, the timing is perfect to round out our sales team and these new appointments ensure that we have seasoned executives on the ground across the globe to represent Gaumont’s growing programming roster,” said Shapiro.