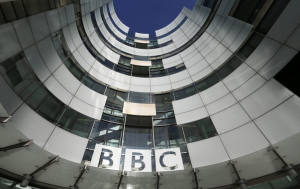 BBC Worldwide, the commercial arm of the BBC, is considering a £500 million (US$660m) bid to take full control of UKTV, currently a joint venture with Scripps Networks Interactive.

BBCWW is talking with advisers about borrowing millions of pounds from private investors to buy Scripps out from its half, according to the Daily Telegraph.

The news arrives with Scripps the target of a US$14.6 billion buyout by Discovery, with the UKTV deal looking likely to happen when the Scripps buyout is completed early next year.

It is understood that discussions are still at an early stage, and suggested that Discovery itself had been interested in a UKTV buyout adding it to its extensive content library, according to the report.

UKTV is a lucrative business, providing the BBC with a total of £72 million last year.

Talk of a Scripps buyout has been apparent for the most part of the year, with Viacom also throwing in its hat this July with a proposed US$10.6 billion.

After consideration throughout the year, Discovery is in throws of acquiring the company, which is still subject to approval of both sets of shareholders and regulatory watchdogs.