Paramount Network has teamed up with Mitú, a digital media brand for Latino millenials, on sketch comedy series Browntown. 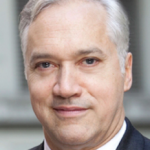 The series will feature a multicultural cast of improv actors, social influencers and celebrity cameos. It is set in a fictional, predominantly Latino neighbourhood, designed to reflect today’s diverse America.

Each half-hour episode will feature signature recurring characters from the Browntown neighbourhood, and revolve around a central theme designed to bring awareness and celebrate issues that are especially relevant to Latino youth in America.