Herb Scannell, ex-president of BBC Worldwide North America has been named the new CEO of Mitú, a digital media brand for Latino millennials. 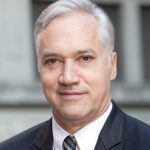 Scannell who was also formerly president of Nickelodeon and the CEO and co-founder of Next New Networks, will assume the position immediately and will be based at Mitú’s headquarters in LA.

Mitú’s current originals projects include the Netflix comedy special They Can’t Deport Us All with Chingo Bling, Cholos Try, Comcast Watchable and ‘What’s Good in Your Hood’ as well as Mom’s Movie Review for Facebook Watch.

The company has also licensed original series for partners such as Discovery Networks, Verizon’s Go90, NBC Universo and Spotify.

During his tenure at Nickelodeon, Scannell oversaw the launch of iconic properties, including Dora the Explorer, SpongeBob SquarePants and Rugrats, all of which became multi-billion-dollar global licensing powerhouses.

After leaving Nickelodeon, Scannell served as founding CEO of Next New Networks, an online video network space, partnering with independent web creators to produce and package innovative original web content. Next New Networks was acquired by YouTube in 2011.

Scannell subsequently joined BBC Worldwide as president, North America, where he oversaw a portfolio that included the flagship cable channel BBC America, as well as sales of the vast BBC library and original shows via its LA-based original production group.

“As the son of a proud Puerto Rican mom, Mitú’s promise speaks to me professionally and personally,” Scannell said.

“I have long advocated that the Latino market is underserved. Within a generation, Latinos are projected to represent the majority of youth in the US, and the most influential and sought-after audience in entertainment. So when the chance to run the fastest growing digital media company in the sector came up, I was very excited to join Beatriz and the team.”

Mitú has raised more than US$40 million from investors including Upfront Ventures, Comcast, WPP & Verizon.

*Earlier we reported that Herb Scannell exited BBC Worldwide to join Mitu. The story has been amended to reflect that Scannell in fact left in 2015. Furthermore, Ann Sarnoff remains president of BBC Worldwide North America