Netflix stats: what was ‘devoured’ and ‘savoured’ in 2017 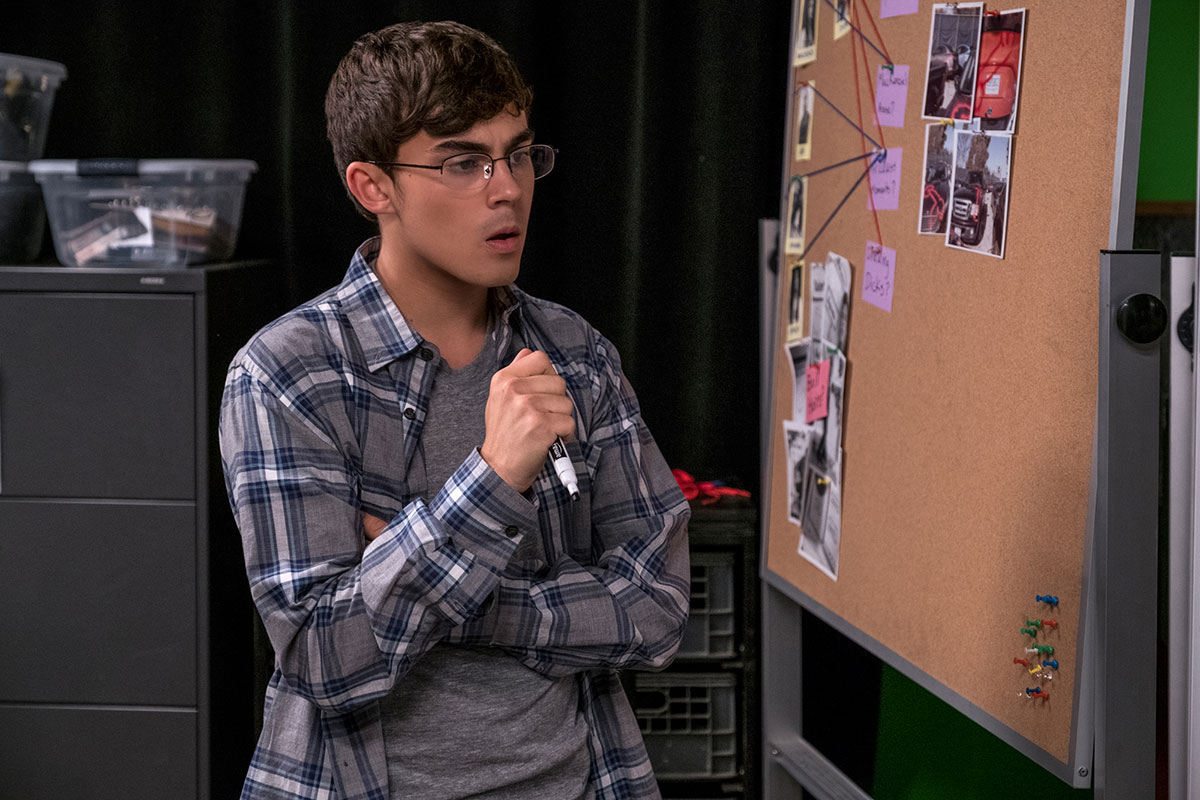 Netflix is attempting to spread some Christmas cheer by releasing viewing stats that give insight into the original shows customers most ‘devoured’, ‘cheated’ with and ‘savoured’.

According to a Netflix data release, the most devoured show was true crime satire American Vandal, which comes from Woodhead Entertainment, 3 Arts Entertainment, Funny or Die and CBS Television Studios.

The most savoured show, meanwhile, was British royal drama The Crown, which is from Sony Pictures Television-owned Left Bank Pictures.

Another relatively low key drama, Anne with an E, which was originally for CBC in Canada before Netflix took international rights, was fourth, with another non-US exclusive, Riverdale, fifth.

Other international series in the top ten most devoured programmes was Mexican political drama Ingobernable.

The others were Discovery Canada acquisition Travelers, true crime series The Keepers and The Confession Tapes and sci-fi drama The OA. 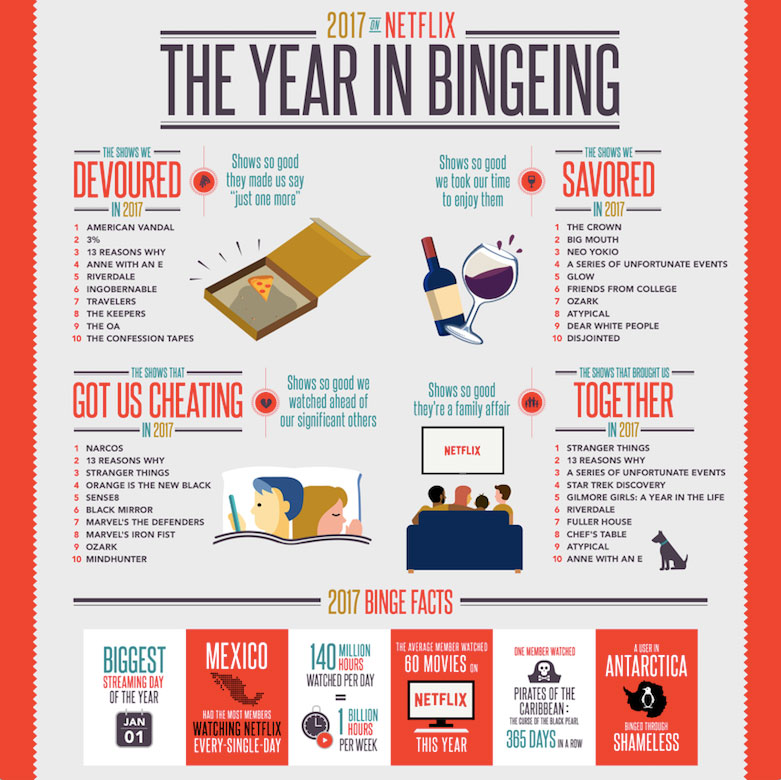 Shows that attracting ‘cheating’ – watching a series ahead of a significant other – were led by drug drama Narcos, which launched its third season in 2017.
13 Reasons Why was second, Stranger Things third and Orange is the New Black fourth. Sense8, one of a growing number of original series Netflix is cancelling, was fifth.

Black Mirror came sixth despite only releasing half of its latest season episodes (the final six are released on December 29), with Marvel’s The Defenders seventh, ahead of its Marvel Entertainment compatriot Iron First.

Stranger Things’ second season was the show that families watched together the most, with others such as 13 Reasons Why, A Series of Unfortunate Events and Star Trek Discovery also placing.

Netflix infamously refuses to release overall viewing data, even to its partners and producers, but often quantifies viewing through quirkier stats such as those released this week.

The figures came from more than 60,000 survey responses in 32 territories between October 24-30 this year, and only covered new seasons or new shows launched between November 1, 2016 and November 1, 2017.