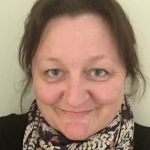 Langan takes on the post more than three years after Wendy Rattray founded Hello Halo, initially as a factual company.

Langan, who has developed kids series for CBeebies such as Mr Bloom Here and There and Old Jack’s Boat in the past, will report to managing director Rattray.

“Terri is a hugely experienced and well-respected children’s exec and I feel privileged to have her join the company,” said Rattray. “She has the energy and passion to grow an enviable children’s slate for Hello Halo and I look forward to working with her to make that happen.”

The CBeebies commission is Junk Rescue, which will comprise a pair of 15x15mins series about sustainability.

This will see a pair of presents and their team of junkyard helpers finding new uses for discarded items.

Langan will oversee the show, which she described as “the perfect antidote to our throwaway society”. “Children can see that just because something is broken, it doesn’t mean it needs to end up as landfill,” she added.

The series, set for 2018, are the final shows CBeebies controller Kay Benbow will commission before she exits as part of a restructure that will see CBBC chief Cheryl Taylor overseeing all kids content and a new team.

Lochside and The Tempest, meanwhile, are also among Benbow’s swansong.

The former is a 20x15mins drama series set in a Scottish village community, while the later is a 50-minute producing in collaboration with the Royal Shakespeare Company.

“Bringing the arts to life for younger audiences is something I have always been passionate about and so to be announcing The Tempest as our second Shakespeare commission is something I am immensely proud of,” said Benbow.

“I am so proud to be leaving CBeebies in such a strong position with a fantastic raft of new commissions made by both our in-house production teams and our dedicated independent partners.

“CBeebies is now a multi-genre channel and being able to commission such a rich and diverse range of programmes for our youngest viewers over the past seven years has been an honour and a privilege. I’ll look forward to watching the continuing success of this very special pre-school channel.”