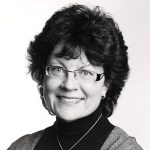 Kay Benbow is the leaving the children’s division of UK pubcaster the BBC as part of a major shake-up that makes Cheryl Taylor its content chief.

The key change sees CBeebies chief Benbow (pictured right) leaving the Corporation at the end of the year, with current CBBC chief Cheryl Taylor (below left) becoming head of content.

CBeebies controller of business Jackie Myburgh is also exiting, while Claire Stocks’ position of head of interactive will also close. A head of curation and discovery post will replace it.

In effect, the changes mean the roles of CBeebies and CBBC controller and head of CBeebies production are made redundant. 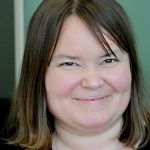 Taylor will now oversee all commissioning for BBC Children’s, overseeing content for under-16s.

The news comes soon after the BBC revealed it would plough an additional £34 million (US$44.3 million) into its children’s programming over the next three years in a bid to better engage kids on digital platforms.

“We’re hugely proud of the content and services that we already offer children in the UK but we know that their needs and demands are constantly changing,” said Webb.

“As we move to a more personalised, platform approach – something of the utmost importance for the whole of the BBC – we need a staff structure that can deliver this change.

“The departure of such significant leaders is clearly a watershed moment for BBC Children’s and I am truly indebted to each of them for the superb work they have brought to the department over the years.”

Benbow first joined the BBC in 1998 and rejoined in 2006 after a short spell away. She became controller of CBeebies in 2010, and was interim director of BBC Children’s in 2014 after Joe Godwin resigned.

Webb then became director in 2015, and has since talked of the need for wide-ranging structural changes in order to face the challenge of on-demand platforms such as Netflix and Amazon, whom are increasingly important to platform-agnostic chilsdren’s audiences. 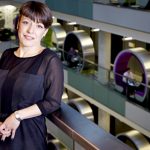 Alice Webb, director of BBC Children’s: “We’re hugely proud of the content and services that we already offer children in the UK but we know that their needs and demands are constantly changing. As we move to a more personalised, platform approach – something of the utmost importance for the whole of the BBC – we need a staff structure that can deliver this change. The departure of such significant leaders is clearly a watershed moment for BBC Children’s and I am truly indebted to each of them for the superb work they have brought to the department over the years.”

Kay Benbow, controller of CBeebies: “It has been a privilege to serve the BBC’s youngest audience as the controller of CBeebies – a job that has been my passion for the past seven years. It has been wonderful to work with such talented and dedicated people, both within the BBC and in the independent and international production communities. I am incredibly proud of the four BAFTA ‘Children’s Channel of the Year’ awards as CBeebies has evolved into a multi-genre, multi-platform Cchannel, offering our viewers and their families a rich, distinctive and inclusive range of content. It has been a pleasure to see such young children enjoy Shakespeare, Ballets, CBeebies Proms and our annual Christmas shows, alongside our drama, entertainment, factual and animation – all beautifully crafted for this most important audience.

“I have always said that the very young deserve the very best and I have strived to give them just that. It is my hope that CBeebies inspires them and makes a positive impact on their lives, helping to create happy, confident children.

“I leave with pride, knowing that CBeebies is in great shape, is loved by the audience and will go from strength to strength. CBeebies will always hold a special place in my heart and, whilst my departure is tinged with sadness, I will work to effect a smooth transition to the new structure over the coming months before taking some time to decide where next.

Alison Stewart, head of CBeebies Productions: “I have worked for 30 years in pre-school content production, both in the BBC and in the Independent sector. Over the past seven years, in my role as head of CBeebies in-house production, I’m immensely proud to have contributed to the outstanding success of the Channel. It’s been an eventful time. I oversaw our move from London, built a strong, award winning team in Salford and together we’ve grown the CBeebies in-house business year on year, with stand out multiplatform successes in our arts strand, our factual and entertainment titles and our animated co-productions. I’m proud to have established new partnerships in the north of England and strengthened relationships with co-producers and organisations across the world.

“I have the utmost respect and admiration for the talented team I have led and for the on screen performers who bring their work to life. I will spend the next months helping to establish the new structure in which they will work.  I know that a combined children’s in house production team will thrive, and that the expertise of our preschool specialists will play a vital role in the continued success of the CBeebies Channel.

“When I leave the BBC in 2018 it will be with mixed feelings of sadness and of pride. Meanwhile, I look forward to future creative associations with partners in the UK and abroad, who share my passion for producing the finest content for our youngest audience.”