The Walt Disney Company is giving serious thought to appointing James Murdoch as its next CEO, providing the Mouse House closes a deal for 21st Century Fox’s entertainment arm. 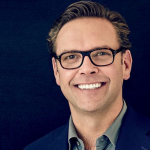 According to a report in the Financial Times, current Fox CEO Murdoch (pictured) and his father, Rupert Murdoch, could take “senior roles” at Disney if its takeover is successful.

Comcast and Verizon are believed to remain in the running, but CNBC has reported an announcement of an agreement between Fox and Disney is imminent. Previous talks ended without a deal.

Disney is searching for a replacement for Bob Iger, who is to leave his role in 2019 after 14 years in the top post.

Last month, Disney Parks and Resorts chief Bob Chapek was linked to the post, while previous favourite Thomas Staggs left Disney in 2016 after the board was unable to guarantee him the job. Facebook’s Sheryl Sandberg has also been connected.

Disney’s proposed takeover of Fox is believed to be worth around US$60 billion, an eye-watering sum. However, commentators have pointed to the need for traditional media companies to scale up in the face of threats from the likes of Google, Amazon and Apple.

It is this challenge that is said to have led the Murdoch family to consider selling their entertainment assets. James Murdoch has publicly played down the notion Fox is too small to compete, but this hasn’t dampened speculation.