Thomas Staggs is leaving The Walt Disney Company, throwing out the media giant’s apparent plan for him to become CEO in two years’ time. 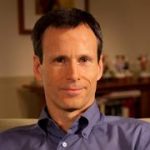 Staggs had been considered the front runner to succeed Bob Iger as Disney chairman and CEO in 2018, when Iger is expected to retire, after he was made COO at the expense of Jay Rasulo, the former CFO, who then left the business last year.

However, COO Staggs will exit, with Disney planning to “broaden the scope of its succession planning process to identify and evaluate a robust slate of candidates for consideration”, according to a company statement.

Facebook executive Sheryl Sandberg, a Disney board member, and ex-News Corp president Peter Chernin have both been linked to the Disney CEO job, though neither have commented publicly on the role. Iger may also extend his contract and remain chief executive.

Staggs’ exit comes as a shock, as he had been expected to take Iger’s role after beating off Rasulo to the COO post last year. It was thought he was being groomed to take on the CEO post, but various reports suggest his lack of experience running entertainment and content businesses was held against him.

Staggs is best known for leading Disney’s resort parks business, but has never worked in the content divisions. He will leave the Mouse House on May 6, and remain as an advisor until the end of the financial year in September, having been with the firm since 1990 and holdings roles such as theme parks chairman and group CFO.

Disney, owner of the ABC network, has a global TV channels business, a movie studio and operates theme parks.