France Télévisions remains committed to the launch of a new SVOD platform to take on Netflix, but the project is now unlikely to see the light of day until the spring of next year. 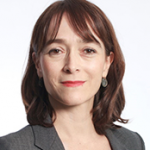 About ten French production groups have agreed to license part of their catalogues on a revenue-share basis for the project, but France Télévisions is also seeking support from pay TV operators such as Canal+ or OCS.

Xavier Couture, outgoing programming chief at the pubcaster, has said that the SVOD service will offer exclusive drama programming along with catalogue titles and family-oriented animation and other fare.

The group has reportedly seen traffic fall as a result of a change that required users to register for the site.

The restatement of the pubcaster’s SVOD plans have been greeted with skepticism in some quarters, not least because the French government recently demanded that it find an additional €50 million (US$60 million) in savings on top of wide-ranging economies already imposed under the previous administration.

According to newspaper Le Monde, Ernotte also wants to create a European alliance of broadcasters to rival Netflix. According to the paper, such as service could initially be launched on a model similar to Hulu, offering free catch-up content with a limited number of pay services, which would also help foster coproductions between European players.

The creation of a broader pan-European SVOD platform could run into numerous obstacles, including the difficulty of pubcasters launching paid for services and the need for cross-border licensing of rights.

Director general Delphine Ernotte, who last week shared her plans with France Télévisions management, has also proposed to create 13 regional groupings to support the localisation of France 3, among other things.