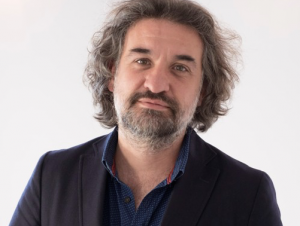 Banijay Group has promoted the director of content at its Spanish prodco, Cuarzo Productions, to director general.

The Madrid-based prodco is best known for programmes such as Cuatro’s supernatural-themed magazine series Cuatro Milenio and The Ana Rosa Show, plus local remakes of formats including Stars in Danger.

Banijay CEO Marco Bassetti said the promotion was “a clear indication of our commitment to continue to grow our business in Spain”.

“Juan Ramón is extremely talented and his new remit will mean that Cuarzo can further develop and deliver programming across multiple genres to our clients in Spain.”

Gonzalo Carballal (pictured) has had a long career as a producer for channels and prodcos in Spain. He has directed shows such as Las Mananas de Cuatro and Supernanny, led Telecinco’s Ana Rosa Show, was assistant director of news for La Sexta and director of La Sexta Night Programme.

“As well as working with our broadcast clients we have so much opportunity to create and produce programming with wide appeal, through our collaboration with our Banijay Group creative partners.”