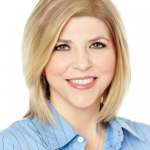 Mattel chief content officer Catherine Balsam-Schwaber has moved to NBCUniversal (NBCU) in a move that appears to end Mattel’s ambitions in the original programming space.

“We can confirm that Catherine is no longer with Mattel,” said a Mattel spokesperson. “We have no immediate plan to fill the role. Richard Dickson is leading the content creation division.”

Balsam-Schwaber worked for NBCU before moving to Mattel, which owns Hit Entertainment. She has also held senior posts as iVillage, MTV and Time Warner.

NBCU bought Denver-based Craftsy in May, handing it control of a tech business that includes a streaming video service that offers viewers how-to videos and crafting and cooking videos.