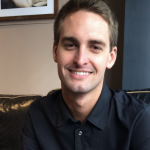 Snap and NBCUniversal are partnering on a new digital content studio that will make made-for-mobile programming that will primarily debut on Snapchat.

The joint venture will be based in Santa Monica, California, and will initially focus on developing and producing shows – including scripted and other genres – for the Snapchat platform.

NBC Entertainment veteran Lauren Anderson takes the helm as the digital studio’s chief content officer and will work with talent from across the industry while continuing to collaborate with the NBC Entertainment network and studio families.

Most recently, Anderson was senior vice president of primetime programming at NBC where she developed and/or oversaw scripted series including Parks and Recreation, The Office, The Carmichael Show, and The Good Place.

NBCUniversal and Snap have equal equity stakes in the new venture, which announced that it’s first deal will be with the Duplass Brothers’ creative shop, Donut.

Mark and Jay Duplass have written, directed and acted in numerous film and TV series – including the recent HBO series, Togetherness and Room 104 – and set up Donut earlier this year to collaborate with platforms and brands to create entertainment content.

News of the Snap-NBCU studio comes after Snap, last September, launched a new type of content format on its Discover platform: Snapchat Shows. These are mobile-TV like content filmed for Snapchat in vertical format.

Snap has also signalled it will move into scripted programming as the platform looks to establish itself as a cross-genre commissioner.

NBCUniversal was Snap’s first Shows partner and the two companies worked together to reimagine TV franchises like The Voice for the Snapchat platform. Earlier this year Snap announced plans to expand Shows into a broader variety of formats, beyond unscripted.

“We see scripted as the next exciting chapter to dive into, and are thrilled to be charting this path with NBCUniversal, who have been amazing collaborators from the start, and with the leadership of Lauren, who has a fantastic track record in this space,” said Sean Mills, head of original content for Snap.

Maggie Suniewick, president ofNBCUniversal Digital Enterprises, said: “This digital content studio is an extension of our already strong partnership and an opportunity to develop new IP and franchises for a mobile-first audience.”

Anderson added: “By combining the best-in-class creative expertise of NBCUniversal with the broad digital reach of Snapchat, we have the unique ability to take mobile programming to the next level, creating compelling shows for both viewers and advertisers.”