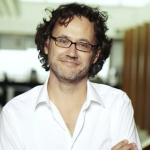 Garvie moves from his role as chief creative officer in the company, to now lead the studio’s international television production business, overseeing the creative teams outside the US as well as SPT’s 20 owned- and joint venture international production companies around the world.

Based in London, Garvie will continue to report to Sony Pictures Entertainment chairman and CEO Tony Vinciquerra.

In his previous role Garvie had overseen numerous deals including SPT’s recent partnership with Stolen Picture, and drawn in notable productions including award winning series The Crown for Netflix and the forthcoming BBC/Amazon project A Very English Scandal.

Garvie replaces Andrea Wong who exited the business earlier this year. She is one of a number of top execs who have left the company recently including co-presidents of SPT Zack Van Amburg and Jamie Erlicht.

Vinciquerra said: “Wayne has been a strong leader, galvanizing our international production team with his energy, enthusiasm and creativity without missing a beat.

“I want to thank Wayne for his hard work over the last few months of transition at SPT. We look forward to growing this important line of business for Sony Pictures Entertainment with Wayne officially at the helm.”

Garvie is well-known in the industry and has worked across a range of top producers and distributors including All3Media where he was managing director of international production and BBC Worldwide where he oversaw its international formats business.