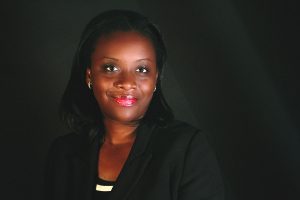 TBI: How big is the Trace catalogue?

BSJ: Trace Content Distribution (TCD) is currently developing a premium catalogue of afro-urban content. It includes hours of English and French speaking TV series’, feature films, documentaries, magazines and we have just added up an animation.

Trace Original content is coproduced in many parts of the world including France, Nigeria, the UK and the USA (Atlanta). Wives on Strike, Before 30, Dreams – the Urban Musical, Brothers with No Game, Le Gang des Antillais, Guest Stars, The Year Of, Afrobeats – From Nigeria to the World, Generation Papa Wemba and Salomon Kalou – the Cherished Elephant are just a few examples of the type of content within the catalogue.

Trace also has a vast amount of experience with coproducing music magazines and concerts. Thus, the catalogue will also include thousands of in-house programmes that celebrate urban culture.

As a new organisation, we aspire to achieve thousands of hours of content.

TBI: Where are you targeting sales primarily?

The creation of TCD responds to a need to ensure that there is better exposure for Afro-urban creators of world-class quality who are often not represented by traditional distributors. Our pledge is to make the content travel as much as possible and to target clients around the world willing to have diverse, quality content that their audience can indulge in.

Indeed, we’ll be adding acquisitions from external producers. One of our primary goals is to also identify and target talent and help them to monetise and value their work.

TBI: Are you planning to expand your sales team?

We are at the early stages of launching Trace Content Distribution. We want the brand to be sustainable. We endeavour to keep on growing and have a rich and diverse catalogue.

Tags: A Place In The Sun, Afrobeats – From Nigeria to the World, Before 30, Betty Sulty-Johnson, Brothers with No Game, Dreams - the Urban Musical, Generation Papa Wemba, Guest Stars, Le Gang des Antillais, reports, The Year Of, Trace Content Distribution, Wives on Strike