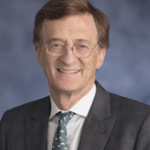 Top entertainment execs from the US and India have launched Golden Karavan, an Indian-focused OTT television production company for services such as Netflix and Amazon.

The new Mumbai-based entity is set to create and finance a slate of original TV content over the next five years.

The operation has greenlit two productions and has ten more in active development.

By creating and packaging this content for exclusive license, Golden Karavan wants to provide a compelling answer to the emerging revolution in mobile and OTT/broadband delivery in India, servicing local language audiences with original programming.

“Given the access to broadband that is transforming the Indian media landscape, the timing is ideal to launch Golden Karavan, a studio that will provide provocative and high-end, Indian-themed content,” said Sagansky, who has been investing in companies through his Golden Eagle vehicle, which invested US$303 million in an Indian pay TV operation in 2015.

“Our extensive knowledge and distribution experience of the Indian film business, Film Karavan wanted to use that expertise to expand into the TV sector,” said FilmKaravan’s Bakshi.

“We are hitting the ground running with two series projects greenlit and many others in development.”