NCBUniversal (NBCU) International is set to expand its reality TV SVOD service, Hayu, into the Nordics, in what it described as a “key milestone” for the service. 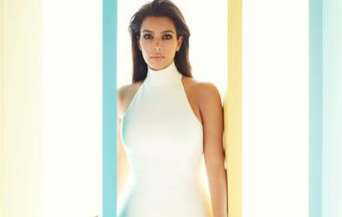 The on-demand offering will launch first in Norway – in partnership with TV2 – during the fourth quarter of this year, before going live in Finland, Sweden and Denmark.

NBCU said the rollouts will expand the number of Hayu markets to seven by the end of 2017 – building on its existing footprint of the UK, Ireland and Australia.

It also marks the first time the service will be available in territories where English is not spoken as the first language.

“Launching in Norway is a key milestone for Hayu and the beginning of our international expansion plans,” said Hendrik McDermott, senior VP of branded on-demand at NBCU.

“We have a dual goal of growing reach and distribution via both territory expansion and increasing our presence in existing markets via innovative partnerships.”

Commercial broadcaster TV2 will make Hayu available to subscribers of its on-demand offering, TV2 Sumo, as part of its entertainment package.

Kine Tveito Lundefaret, head of content at TV2 Sumo, said: “We already have great experience at TV 2 Sumo with popular reality content and are confident this will be a great progression for us.”

Hayu launched in the UK, Ireland and Australia in March 2016 and recently agreed distribution deals in Ireland with Eir mobile, in Australia with Fetch TV, and is also due to launch on Sky’s Now TV service in 2018.

The service is focused on reality TV programming and offers shows like Keeping Up with The Kardashians (pictured), Made in Chelsea and The Real Housewives. It also recently agreed a deal with Viacom International Media Networks for series like The Hills and Jersey Shore, though this covers just the UK, Ireland and Australia.

Hayu is available to watch on mobile, tablet, laptop, Apple TV, Amazon Fire TV, Amazon Channels or to cast to connected smart TVs. It will be priced at NOK49 in Norway, SEK49 in Sweden,DKK49 in Denmark, and €4.99 in Finland.