The new Sky España service will offer twelve Spanish pay TV channels, and series and films on-demand from around the world for €10 (US$12) a month.

Customers are being offered a one-month free trial, which is the standard marketing tool SVOD services use to entice consumers.

The service will include shows such as The Walking Dead, (pictured), The Big Bang Theory and Grey’s Anatomy; Disney Channel, Cartoon Network and Nickelodeon series including Marvels Avengers Assemble, The Lion Guard and Paw Patrol, and “hundreds” of films. 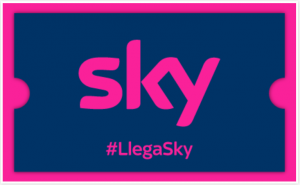 It will be available to anyone with an internet connection and through low-cost, Roku-powered Sky streaming boxes.

Sky does not operate a pay TV service in Spain, but recently announced plans to launch an OTT offer that will play in the same space as services Netflix, Amazon Prime Video, Movistar, AMC Networks Iberia and HBO.

Transactional VOD service Rakuten is also popular in the territory, which has long been considered as having one of the worst piracy problems.

“With a simple and intuitive solution, whether it’s watching the latest entertainment live or via catch-up, having the choice of the latest TV Series or enjoying hundreds of box office smash hits, this new service offers something for everyone.”

Sky’s group COO, Andrew Griffith, said: “Sky has many years’ experience bringing the best entertainment and latest technology to consumers and we are now Europe’s leading streaming platform. Our customers in Italy, UK, Ireland, Germany and Austria already enjoy the freedom of contract-free streaming and we’re thrilled to be bringing our new service to Spanish consumers.”