Snap Inc’s VP of content Nick Bell has said the platform is set to release scripted content before the end of the year during a keynote speech at the Edinburgh International Television Festival. 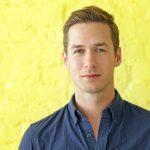 While discussing the platform’s commissioning and financial model, Bell said: “Candidly, we haven’t gotten into scripted yet because scripted is expensive, and we want to make sure we understand as much as we can before we jump into that world with two feet, but I would expect to see some scripted stuff before the end of this year.”

Snap’s current relationship with networks and partners is collaborative, according to the executive, where the platform shares revenue with partners, works out how to best create programming with them and decides out how IP works with joint efforts on the platform.

Bell said Snap’s content efforts are still in “early stages”, but it has created successful content with shows such as NBC’s The Voice, where it encouraged participants to send live auditions to the judges via Snapchat. He said the initiative boosted NBC’s viewership of the show.

Snap sees itself as creating programming that is complementary to TV, rather than a “TV killer”, said the executive. It currently has no intentions of creating long-form content, but rather sees itself as a discovery tool. Despite this, it wants to create original content that’s not simply a ‘behind-the-scenes’ look at existing shows, Bell added.

“I love the idea of doing a daily soap, whether it be Coronation Street or Eastenders, and bringing that to the world of Snapchat, or a sitcom like Friends or an animation like The Simpsons,” Bell added. “Shows that are long-run, where you fall in love with the characters and those characters that play out day after day.”

In particular, he said comic strip shows would play out very well on the platform as the frames of a comic strip and Snaps are pieced together in a very similar way.