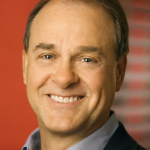 In an “unprecedented show of solidarity” aimed at highlighting the strength of non-scripted prodcos in the US and fighting off a “looming crisis”, the two trades bodies have pooled forces.

NPACT will include 99 member prodcos and showrunners (see below), and have offices in New York, LA and Washington DC.

The board will comprise members of both former entities, with an executive committee continuing to govern.

At the inaugural meeting of the new baby. Old problems being kicked around by smart US producers. Times are a changing! pic.twitter.com/6NibrBZwEV

“It is simply unparalleled in our business for a group of competitors at this high level of achievement to band together for the longevity, vitality and greater good of an industry,” said Ford, the former Discovery Channel and National Geographic boss and Justice Network programming chief who has run NPA since its establishment in July 2015. 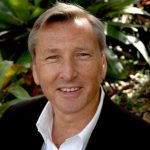 “We face a looming crisis in keeping unscripted production companies healthy, one we can only address by coming together with a unified voice,” he added.

“The new NPACT represents the maverick spirit of creativity and entrepreneurship – the core DNA of unscripted – and will allow us to achieve our mutual goals so much faster,” he added.