SVOD giant Netflix is on a European charm offensive, creating 400 jobs at a new Amsterdam customer service base and ordering new originals from the continent. 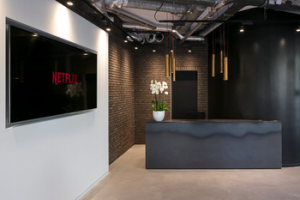 It will service eleven territories (Belgium, Denmark, Finland, Ireland, Luxembourg, the Netherlands, Norway, Poland, Romania, Sweden and the UK), and sit alongside Netflix’s existing Amsterdam based, which has doubled its workforce since the start of 2016.

“We are delighted to announce the creation of jobs in Europe and the opening of our new customer service hub in Amsterdam, as well as two new European original series,”  said Reed Hastings, Netflix co-founder and CEO.

“Europe is a creative centre for great storytelling that resonates around the world and we continue to invest in European content.”

Coming at the same time is a commitment from international originals VP Erik Barmack to commission “at least six new European original series to be announced before the end of 2017”.

The company claims to have spent more than US$1.75 billion on European productions since 2012, and has around 90 productions in various stages of development.

Netflix has now ordered its second French original, a sci-fi drama set in a near-future Paris.

Osmosis will be an eight-part series that follows on from Netflix’s first Gallic drama, Marseille.

The series is based on an idea from Newen Group-owned Telfrance and Arte France, and is expected go into production next year.

Osmosis will explore a near-future Paris in which a new dating app that finds matches with 100% accuracy to help people find their soul mates.

“In this eight episode series, the future I have imagined holds a mirror to present day mixing an eternal question – ‘what is love?’ – with ultra-technological answers, sometimes incredibly seducing, sometimes extremely dangerous,” said Fouché.

“As a young creator, Netflix offers an ideal platform to explore these very contemporary stories in an innovative way, which I am looking forward to sharing soon.”

Los Gatos-based Netflix, which is now in 190 territories worldwide, has been criticised in some territories for offering little local content, instead relying on American shows such as Orange is the New Black and Narcos. In Europe, it has produced big-budget series in the UK, France, Italy and Spain.