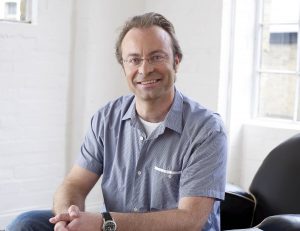 Cineflix Media and veteran producer Duncan Gray have joined forces to create Twenty Six 03 Entertainment, a new production entity that will make entertainment and reality shows for the international market.

The new business will be co-owned by Cineflix and Twenty Six 03 Content, the company that Gray set up in late 2015.

The entertainment business already has multiple projects set up with UK broadcasters and is developing shows for US networks, according to its backers.

Cineflix has a distribution division, Cineflix Rights, but international sales of Twenty Six 03 Entertainment shows will be decided on a project-by-project basis.

Gray is a seasoned TV exec and his extensive credits include The Big Breakfast for Channel 4, Survivor for CBS and Britain’s Got Talent for ITV.

He exec produced Jimmy Kimmel Live for ABC between 2003 and 2006. He has also run entertainment at Sky 1 and worked at prodcos including Princess Productions.

He said today: “Cineflix is providing us with the right business backing to keep pursuing the projects we believe in with the flexibility and independence to strike the best deals for each project to ensure their success.”

Cineflix refinanced last year, and cofounder Glen Salzman said today that it will continue to invest in content companies.

“Cineflix provides financing, commercial support, as well as Cineflix Rights’ distribution expertise so independent producers can have the creative freedom to focus on making great programs and growing their business,” he said.

“We will continue to build on this model with further joint ventures, first looks, housekeeping, and overall deals as we diversify and grow our group of content companies.”

Gray said: “Cineflix is providing us with the right business backing to keep pursuing the projects we believe in with the flexibility and independence to strike the best deals for each project to ensure their success.”

The production and distribution group already has joint venture deals with producers including Tony Wood, for Marcella prodco Buccaneer, and partnerships with indies including Seadog Productions.