The A&E net in the US is dropping scripted programming from its line-up, although the wider A+E Networks group said it remains committed to drama.

A&E was historically an unscripted net and will now return to that mode, as Deadline was first to report.

The cable net had run drama series including Bates Motel (pictured), Longmire and The Glades, but was not a prolific commissioner.

Gabriel Marano was the channel’s head of scripted, but has moved across to in-house production unit A+E Studios as part of the programming rejig. 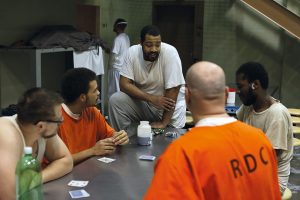 Its more recent offerings include the buzzy prison series 60 Days In (left).

A+E will, however, remain in the scripted game, with several dramas on its Lifetime and History nets in the US.