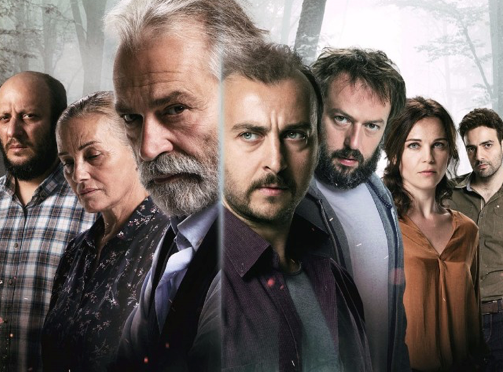 Kanal D said its shows are the first Turkish original dramas for BluTV, while Eccho made a similar claim about Phi’s debut on Puhu.

Innocent is a crime drama cented around a seemingly ordinary family, and comes from D Productions and writer Berkun Oya. Seren Yüce is the director, and Haluk Bilginer (Ezel), Nur Sürer (Under the Trees) and Ali Atay (Leyla) are among the stars.

Possessed is billed as “the first horror genre miniseries… produced for an OTT platform”. Again from D Productions, it follows strange events that go on around a young couple in a small village.

Eccho, meanwhile, will give Phi its international debut at MIPTV on Monday, April 3 at 12pm in Cannes.

The 20-episode series comes from Magnificent Century producer Ay Yapim, and is based on a trilogy of novels from Turkish author Azra Kohen. Seasons based on books two and three, titled Chi and Pi are planned.

The psychological and romantic thriller is centred around a womanising celebrity psychiatrist, who is obsessed with his new neighbour.

Ay Yapik CEO Kerem Catay said these productions would be “the future of TV, which is why we’re investing in leading this movement”.

“We believe in the importance and potential of OTT platforms, which we see reforming the style of storytelling and local content,” he added.
Eccho is branding the series a “Turkish Drama Original” to ape the Netflix Original and Amazon Original brands that those SVOD services release their exclusive programming under.