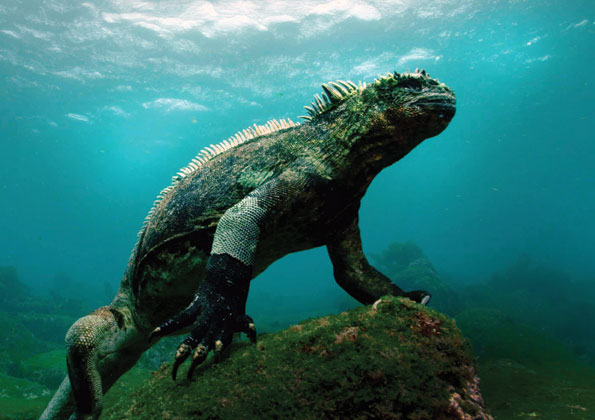 Factual SVOD service Curio will launch in Sweden and Norway next month after the ITV-backed service secured deals with pay TV operators in the region, TBI has learned.

In Sweden, Curio will be on the Com Hem platform, the largest in the country, and in Norway, on GET, the second largest nationally.

Curio comes from the same team as Cirkus, which is the best of British SVOD service that is backed by UK broadcaster ITV.

Like Cirkus it is designed to sit within pay TV operator’s platforms and allow them to compete with the standalone streaming services such as Amazon and Netflix, and doc-focused SVOD platforms including CuriosityStream. Also like its sister service, the first launches are in the Nordics.

The Curio programming line-up will be divided across different factual categories: civilisation, nature and the environment, science and tech, and current affairs and social issues. Series such as Conquest of the Skies, Galapagos (pictured) and Kingdom of Plants will be among the 40 titles available at launch.

Simon Gate, director of content at Com Hem said: “The Cirkus team have proven themselves in delivering competitive content services with high customer affinity. The Cirkus service is highly successful among Com Hem subscribers. Expanding the offering into a genre with documented stickiness makes perfect sense.”

Mark Bradford and Hugh Williams are behind Cirkus and the new docs service, which, editorially, is positioned as an alternative to the likes of Discovery and Nat Geo, which have moved away from pure factual and into entertainment.

“We believe there is a clear gap in the Nordic pay TV market for an SVOD service devoted to well-made, thoughtful programmes about important and interestng subjects,” Bradford and Williams said in a statement today.

“In addition, Curio will provide our platform operator partners with an important counter balance to the US factual entertainment dominated schedules of their existing linear factual channels.”