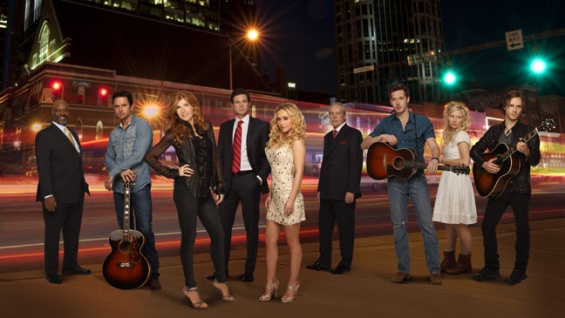 Viacom CEO Bob Bakish has delivered on his promise to move the CMT and TV Land channels from their home within the kids and family unit to the entertainment division.

Both networks are now part of Viacom Global Entertainment Group, with their managers now reporting to Spike president Kevin Kay.

Bakish drew up the plan to move the networks while holding the interim CEO and president role last year following the exits of Tom Dooley and Philippe Dauman. He was later installed as full-time company boss.

CMT (Nashville, pictured) will remain under the control of Brian Philips and TV Land (Hot in Cleveland) under Keith Cox. Sharon Levy remains in control of programming at Lip Sync Battle network Spike as programming as executive VP, original series.

“Consolidating all three [networks] under Kevin’s leadership will strengthen these brands even further and will allow GEG to connect more deeply with our adult audience, which is well over 180 million viewers across Viacom brands globally,” said Bakish in a note to staff.

Kay is a cable TV and Viacom veteran, having overseen development of staple kids series SpongeBob SquarePants and Fairly OddParents, and Spike shows such as Ink Master and Bar Rescue.

At NATPE Miami earlier this month, former Viacom international chief Bakish told TBI he would focus on closely aligning Viacom’s domestic US and overseas business segments as a key tenement of his company turnaround plan.