Otter Media has hired Billy Parks as its content chief. 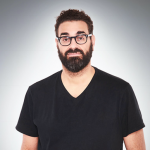 The new recruit joins from streaming channel specialist Fullscreen Media, which is majority owned by Otter.

Otter is a joint venture between media veteran Peter Chernin’s Chernin Media and telco giant AT&T, and was formed to exploit opportunities in the OTT space.

As executive VP of creative and content strategy Parks will work with firms under the Otter umbrella – which includes digital content firms Fullscreen, Crunchyroll and Rooster Teeth – to work up content for digital platforms and streaming services.

Parks is a long time associate of Chernin having worked for the media veteran, working for Fullscreen and before that as EVP of digital production and programming at The Chernin Group. His credits include branded entertainment series @SummerBreak.

He will continue to oversee creative and production for AT&T Hello Lab, which is a collaboration between AT&T and the Fullscreen Media Strategic Content Group.

Parks will report to Sarah Harden, president of Otter. She said: “Billy has been a longtime, valued co-collaborator through Fullscreen and the Chernin Group, where he consistently realised new potential and accelerated the evolution of digital content,” she said.

“His work at Fullscreen on programming such as Hello Lab, @SummerBreak and SnapperHero for AT&T has centred on delivering future-focused content models that engage audiences across existing and emerging platforms.”