US broadcaster The CW is to revive the comic book-inspired Constantine ­– but as a web cartoon. 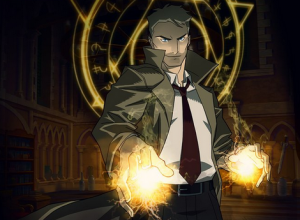 A David S. Goyer- and Daniel Cerone-created Constantine had aired on NBC between October 2014 and February 2015, but was cancelled due to low ratings despite developing a small cult following.

The CW has now moved to reboot the DC Comics series as an animated primetime effort, with original star Matt Ryan reprising his role as a demon hunter attempting to rights sins from his past by keeping supernatural threats away from Earth.

Goyer, original showrunner Greg Berlanti and producer Warner Bros. Television will return for the CW series, which will play on the experimental CW Seed online platform. Sarah Schechter is also an executive producer.

There will be around six episodes of ten minutes, which will debut in the 2017-18 season alongside a new season of another DC Comics series, Vixen.

Meanwhile, The CW president Mark Pedowitz has confirmed the network is rebooting another series, supernatural comedy-drama Charmed. The creative team behind Jane the Virgin are working on the series.

The original Charmed ran on CW predecessor The WB, totaling 178 episodes between 1998 and 2006.

The announcements came at The CW’s Television Critics Association winter tour press event, in which the network renewed seven seasons.

“Over the past several seasons, The CW has built a schedule of proven performers, from our lineup of DC superheroes, to critically acclaimed comedies, to sci-fi dramas,” said The CW president Mark Pedowitz.

“Early pickups of these seven series now allow our producers to plan ahead for next season, and gives us a solid base to build on for next season, with original scripted series to roll out all year long.”