Details of the upcoming AwesomenessTV-themed block coming to UK digital terrestrial channel ITV2 have been revealed. 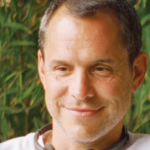 2Awesome is the name of the programming block first touted when broadcaster ITV and youth-skewed digital producer and network Awesomeness joined forces to distribute programming in the UK in July.

The pact marks one of the most significant partnerships between an online content company and a major broadcaster.

Hosted by presenters from television and social media, 2Awesome will also have a permanent home on the on-demand ITV Hub.

It launches on January 8, with popular Awesomeness dramas, comedies and docu-reality series. These programmes include Guidance, Side Effects, Third Wheel, LA Story and Arts Academy.

Furthermore, a selection of exclusive Awesomeness-produced shows will be made available via the ITV Hub from December 10.

These are [email protected], a psychological thriller following three inexplicably connected teenage girls who are all sent violent videos from an unknown online user. Freakish and Foursome will also air.

Meanwhile, ITV2 and Awesomeness will begin coproducing unscripted shows for the UK network in 2017. ITV Studios Global Entertainment will have worldwide distribution rights.

“2Awesome is a really exciting development for ITV2 and the ITV Hub and the first step in our partnership with AwesomenessTV to produce, broadcast and distribute new shows for youth audiences,” said Simon Pitts, ITV’s managing director of online, pay TV and interactive.

“Our partnership with ITV is a wonderful opportunity to not only distribute our content but also create it together and extend our brand further in the UK,” said Awesomeness founder and CEO Brian Robbins (pictured). “I am looking forward to the launch of our series on the ITV platforms and continuing to grow the reach of our global audience.”