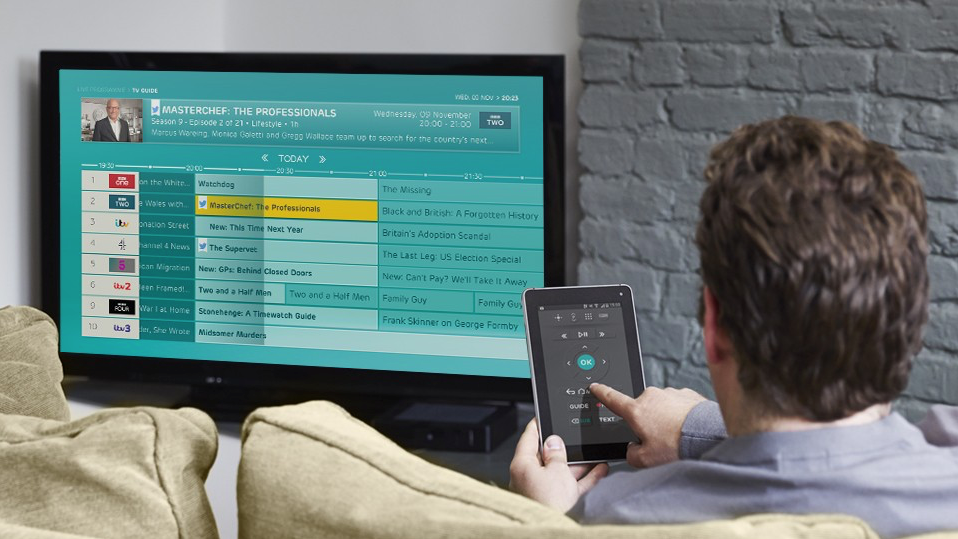 EE has become the first TV platform in the UK to partner with Twitter to let users see which television programmes are trending on the social network.

The launch of ‘Watch with Twitter’ lets EE customers discover and watch the most talked-about programmes in real time using data provided by Twitter UK.

Up to five of the highest trending live shows will be highlighted in the EE TV electronic programme guide and EE TV interface, as well as popular programmes that are due to start in the next hour.

In the programme view, EE TV will also include the official hashtag of major shows so that viewers can join in the conversation on Twitter, with more ‘Watch with Twitter’ functionality due to be added next year.

“Great telly and Twitter have always gone hand-in-hand – people love talking about their favourite shows and our new partnership with EE makes it easier than ever to discover which programmes are creating the biggest conversations,” said Dara Nasr, UK managing director, Twitter.

At the same time, EE announced a number of other TV enhancements, including an update to its Replay functionality – increasing the number of standard definition channels customers can select on Replay from six to eight.

EE is also taking 41 channels from two of its most popular apps, TVPlayer and Box Plus and is making them easier to find by integrating them into the EE TV electronic programme guide.

“We continue to evolve the EE TV experience for new and existing customers – ensuring it’s even easier for them to discover shows they’ll love,” said Noel Hamill, managing director of marketing, EE.

“We’re also excited to be the first TV platform in the UK to partner with Twitter on integrating its ‘Watch with Twitter’ features, meaning customers are in the loop on all the most talked about programmes.”

Watch with Twitter has already been deployed by other European TV operators, including Orange in France and Ziggo in the Netherlands.