Telcos are ‘taking over pay TV’

Telecoms companies will account for over half of all pay TV subscriptions in Western Europe and Lat-Am within five years, according to new research. 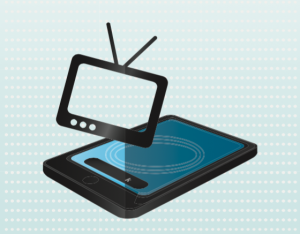 Research house Ovum forecasts that over a quarter of all global pay TV subs will be through telcos, with additions largely going to be driven by organic expansion of IPTV services.

In terms of subs numbers China will be the largest market with 86 million IPTV subs in 2021, some distance ahead of the US in second with 33 million.

In terms of market share, however, Lat Am is the region where telcos will dominate, with 57% of all pay TV subs by 2021. The AT&T deal for DirecTV strengthened the telco TV share in the region, adding to strong telco-owned cable platforms already in place.

Western Europe is another hotspot with telcos forecast to have a 53% market share.

In terms of how telcos are delivering pay TV, IPTV will remain the dominant platform, accounting for 65% of all the telco’s subs.

The market share gains are being driven by acquisitive telecoms firms buying into TV, Ovum noted.

“The “traditional” cable and satellite customers that make up more than a third of the total telco TV base typically reflect either joint ventures or, more commonly, acquisitions of established pay-TV operations by telcos, such as AT&T (DirecTV), Vodafone (Kabel Deutschland, ONO, and Ziggo), and Telefonica (Digital Plus and GVT).”

The Ovum analyst added that the move to buy traditional TV assets will now begin to slow down.

“Moreover, acquired operations over traditional infrastructure tend to be mature and, therefore, are not expected to grow dramatically in the coming years,” Doran said. “As a result, organic IPTV expansion represents the lion’s share of anticipated telco TV growth going forward.”