Former Entertainment One Television sales chief Peter Emerson has taken a stake in Cineflix Media, and will become president of the Canadian producer and distributor, TBI can reveal. 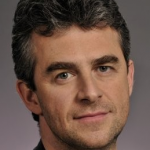 The news comes as Cineflix secures new bank finance, giving it a war chest for acquisitions, production and programming partnerships.

The former eOne exec takes a minority stake in the privately-held business. He told TBI he will be working with producers and prodcos on shows and coproductions, as well as looking at joint ventures and first look deals.

He added that the refinanced Cineflix is in a good position, with a sizeable library, a distribution division and an established production division. Opportunistic M&A is also on the cards.

Emerson was president of eOne Television International until 2014, overseeing the company’s global distribution business and working across production. At Cineflix, he will be based in Toronto in the newly-created role of president, working across scripted and unscripted.

Distribution remains based in London and under the control of Chris Bonney and via Cineflix Rights, while Charles Tremayne also remains in position as president, Cineflix Productions. Both execs will continue to report to co-CEO Glen Salzman.

The firm has also moved back into scripted after withdrawing from the space, and has been buoyed by the success of cop drama Marcella, which is produced by Cineflix JV prodco Buccaneer. It has been a hit for ITV, and picked up internationally by Netflix.

Cineflix also has A&E’s biker drama Gangland Undercover on its slate, and recently brought in Brett Burlock as its Toronto-based scripted senior VP. He will report to Emerson.

In his new role, Emerson will report to Cineflix co-CEOs and founders Salzman and Katherine Buck, who said in a statement issued to TBI: “We are delighted that Peter is coming on board. He brings a wealth of experience, industry relationships, and entrepreneurial vision that complements Cineflix’s growth strategy.”

Emerson said: “Glen and Katherine have built a great company with a solid international infrastructure that is now poised for scalable growth. With the new financing in place, Cineflix has a clear path to build the company into a content production and distribution powerhouse.”

Emerson became part of eOne in 2008 when, as part of an M&A drive, the Canadian company acquired his distribution business, Oasis International, which he had set up in the early 1990s.

He exited eOne in 2014, with former Sony Pictures Televison and MGM sales chief Stuart Baxter coming in to take over distribution. Ahead of his departure, Emerson had said he was relocating back to Canada from London, having moved to the UK in 2012.

The new Cineflix Media president will be at MIPCOM in Cannes next week in his new role. Cineflix Rights has recently acquired new shows including Gun Shop, which it will launch at the market. Other new unscripted and factual shows include cooking series Chuck’s World and Wild Animal Rescue, about animal welfare organisations.