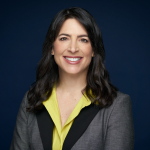 Brogi replaces Marion Edwards who is retiring, and leaves the studio at the end of the year.

Brogi becomes president, global distribution at TCFTVD, overseeing TV and film sales. Having been at Fox since 1999, she has been upped from EVP, worldwide pay TV and SVOD.

Her first move has been to reorganise the TCFTVD team. The sales execs will now work across all platforms, covering free and pay TV as well as on-demand and SVOD.

Activity will be organised across three regions, the Americas, EMEA and Asia Pacific, with three new regional executive VPS.

“As part of our long-term planning and with the progression of our industry in mind, we have decided to restructure our organisation to better capitalise on our business,” Brogi said. “I’m very proud and appreciative to have Evan, Kristen, and Richard’s talent and experience as we collaborate on taking our division to the next level.”

Confirmation of the Brogi’s new role comes after a period of change at Fox’s sales arms. Long-serving European chief Steve Cornish announced his retirement earlier this year, as first reported by TBI, with David Smyth becoming senior VP in the wake of his departure.

Fox has a separate sales division, Fox Networks Group Sales, which was set up in the wake of Simon Thomas’ departure, and is run by former eOne executive Prentiss Fraser, news also first reported by TBI. That division sits below Twentieth Century Fox Television Distribution.

At the studio distribution arm Brogi will report to Mark Kaner, president, TCFTVD. He said: “Gina is one of the most highly-respected executives in the industry. With her extensive strategic experience and extraordinary sales and leadership skills, Gina will help guide our global teams to ensure our continued success.”

Brogi’s new role is effective from start-2017, with Edwards exiting at the end of the year.