Having drilled into the kids and scripted businesses in depth in previous surveys, TBI has reached out to distributors around the world to tap into the issues impacting their business.

In part two of our 2016 survey, we reveal what global distributors think are the crucial programming markets, or whether they are cutting down on their carbon footprints and using new digital systems to transact.

Off to market.. but which one(s)

It’s clear that distributors still value programming markets, but they are faced with a greater array of events than ever. Many of the upstarts started out as conference-led events or even festivals, and by virtue of having that many buyers and sellers in the same room are now considered fully-fledged markets: the likes of Realscreen and Berlinale registered multiple mentions.

Industry chatter over the past few years has revealed MIPTV in April is becoming less well-attended – although organisers dispute this and say the numbers are holding steady – but among the international distributors it is clearly the second most important market of the year.

It trails only MIPCOM, which is boosted by a greater number of US execs than MIPTV. MIPCOM is by some distance the market leader and even if genre- and region-specific events are breaking through, for almost all of the distributors we surveyed, a trip to Cannes in October is compulsory.

NATPE also registered strongly. Having run out of steam in Vegas and struggled to forge a new identity when the US syndication business went away, the Miami event (left) in January is now well established (it helps that the organisers worked through the teething problems in the first year in Miami where 45-minute queues to get into elevators left schedules in disarray).

Not-for-profit industry group NATPE is now re-establishing its Europe event as a must-attend, with people generally positive about its move back to Budapest.

The LA Screenings – meaning the opportunity to buy and sell before the Hollywood studios strut their stuff – also register.

On a smaller scale, but on a similar principle, TBI noted that many distributors had screenings or presentations in the UK this year before or after BBC Worldwide’s big Showcase event.

For Worldwide, Showcase is obviously a key moment, so does that lessen the distributor’s interest in other events? “We are increasingly moving away from just selling finished programmes to working with partners much earlier in the cycle to represent and meet the demands that they have for content,” says Paul Dempsey, president of global markets.

“But the main markets are still a great place to present our programming to a wide range of clients, and Showcase especially is a pivotal moment in our calendar when 700 clients come to immerse themselves in our content. MIPCOM is always important, MIPTV, increasingly less so.”

With the likes of the Frank brothers’ TRX offering buyers and sellers new ways to do deals, is the rosé moment in Cannes now a luxury or a business essential? On the sell side, the response was firmly in the latter camp. 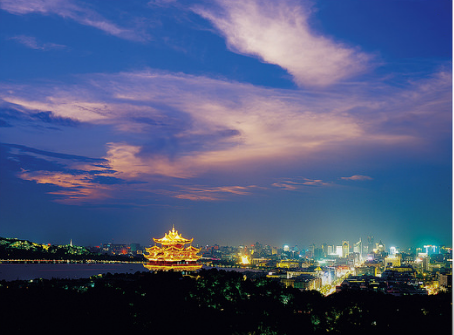 Alongside the major Cannes events and NATPE, a host of region specific and genre specific are gaining ground. The unscripted business considers Realscreen in Washington a diary date.

The dedicated traveller can now double up and cover NATPE Miami as well after the two events separated their dates. The truly dedicated can even stay on for Kidscreen in Miami, making January a busy month.

Kidscreen and Realscreen got more individual mentions than MIPJunior and MIPDOC in our survey, although it is not a true comparison in that many distributors group the latter two in with the main MIPTV and MIPCOM markets.

Other specialist markets registering a mention included Berlinale, which now has a TV component, French drama get-togethers Series Mania and Série Series, and the World Congress of Science and Factual Producers also featured.

There are enough options to keep sales execs on an almost never-ending world tour. Spanish kids producer and distributor Imira says it hits over twenty markets and events per annum: “We attend around 25 key events throughout the year.

“The must-attends include: MIPCOM, MIPTV, Kidscreen, NATPE, Cartoon Forum, MIFA and more regional markets such as Mip Cancun and Discop are important on the calendar.”

Others keep market attendance to the Cannes events, and prefer sales trips around these. Asked which markets are must attend, David Cornwall, boss of indie distrib Scorpion TV, says: “Both MIPs and we do a lot of client visits.”

Reed MIDEM is conscious of the move to regional markets and has responded with MIP Cancun and more recently MIP China, which will launch next year. NATPE has gone genre specific with a reality day and is expected to segment its line-up further.

A+E, which now has one of the biggest stands at the Cannes TV, summed up the thoughts of many of the big distributors in its survey submission. When asked about the markets it attends, it says: “NATPE, MIPTV, MIPCOM – but we love the smaller markets too.”

Similarly, Entertainment One has supplemented trips to Cannes with attendance at local events. “We have specifically increased our presence strategically in local markets to allow us to work closely with buyers year round,” says distribution chief Stuart Baxter.

The bottom line is that although they face greater competition and may struggle to add to current attendance levels, MIPTV and MIPCOM are the two main events in international TV.