Christine Langan has been confirmed as the new boss of Baby Cow, the UK indie cofounded by comedian and actor Steve Coogan. 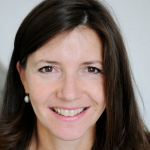 She joins from the BBC where she was running BBC Films. The move had been widely anticipated and was made official this morning.

Langan fills a role vacated by Baby Cow co-founder Henry Normal and will be CEO of Baby Cow in what Coogan said was a “dream appointment”.

“She is universally respected as a smart insightful executive with great taste. I experienced this up close when I was developing the film Philomena,” said Coogan.

“Building on Baby Cow’s comedy heritage and our exciting film and TV drama slate, she is the perfect person to take the company to a new level.”

Baby Cow is backed by BBC Worldwide and makes TV series including The Trip.

Langan joins after a decade at BBC Films and her unit has overseen 70 movies in that time including We Need to Talk About Kevin, David Brent: Life on the Road, the Absolutely Fabulous movie, and Steve Coogan project Philomena.

Tony Hall, BBC director general, said: “I’ve loved working with Christine. She has a real eye for the popular as well as the idiosyncratic. She’s collaborative, ambitious, a brilliant enabler of ideas – and a great ambassador for our country’s film industry. She’s done a great job for BBC Films. We’ll miss her.”

Charlotte Moore, director of BBC Content, added: [Christine] has significantly increased the profile of BBC Films and raised the bar for British film across the industry. I would like to thank her for all her hard work and wish her the very best in her new role.”

Joe Oppenheimer, a commissioner at BBC Films, will be the acting head of films as the BBC begins recruitment for a permanent replacement.