BBC One, Take That line up Voice replacement 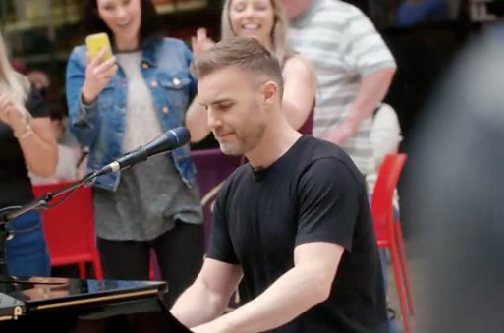 UK broadcaster BBC One has revealed a Saturday night talent format that will replace ITV-bound series The Voice.

Let it Shine (WT) will feature the music of boy band Take That and see its singer Gary Barlow searching for individuals to form a new group. Presenters Graham Norton and Mel Giedroyc (The Great British Bake Off) will host, with three mentors helping to create the group.

The winners will perform Take That hits in a nationwide musical called The Band. Casting is currently underway.

The show will likely go up against The Voice, which the BBC had run since 2012 before commercial rival ITV stepped in to poach it, though the BBC would not confirm Let it Shine will take the Talpa Media format’s slots.

A spokesperson said: “It’s looking like the show will air next year, but the TX date hasn’t been confirmed yet and we will announce more details in due course.”

BBC Studios Entertainment Production is creating the eight-part show in association with Barlow and his fellow Take That members Mark Owen and Howard Donald.

“Masterminded by Gary Barlow, our sensational hosts Graham and Mel will guide viewers through eight weeks of unmissable competition, all to win a dream place in a new stage show.”