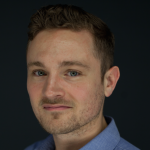 The new recruit joins the Argonon-owned producer from Tellycopter, the central creative unit of NBCUniversal, where he was head of entertainment.

Prior to that he was at NBCU-backed prodco, Chocolate Media, and has also worked at Eyeworks, the BBC and RDF.

Tiffin’s credits include ITV’s The 21st Question and the UK version of gameshow Baggage.

At Eyeworks UK and BBC Worldwide he made Obese: A Year to Save My Life, NBC’s Great American Road Trip, GSN’s How Much is Enough, and BBC One’s Walk on the Wild Side.

Remedy’s chief creative officer Tom Blakeson said: “We’re thrilled that Matt is joining us at Remedy. His track record in entertainment, both as a creator and a producer, is outstanding.”

Tiffin said: “There’s a real hunger for innovative entertainment properties in the UK market and I’m looking forward to helping Remedy build on its strong reputation for creative, quality and engaging content.”

Tags: Baggage, Fifteen to One, Matt Tiffin, Obese: A Year to Save My Life, Penguin A&E, Tom Blakeson