Emerging from the shadows: Brazilian drama 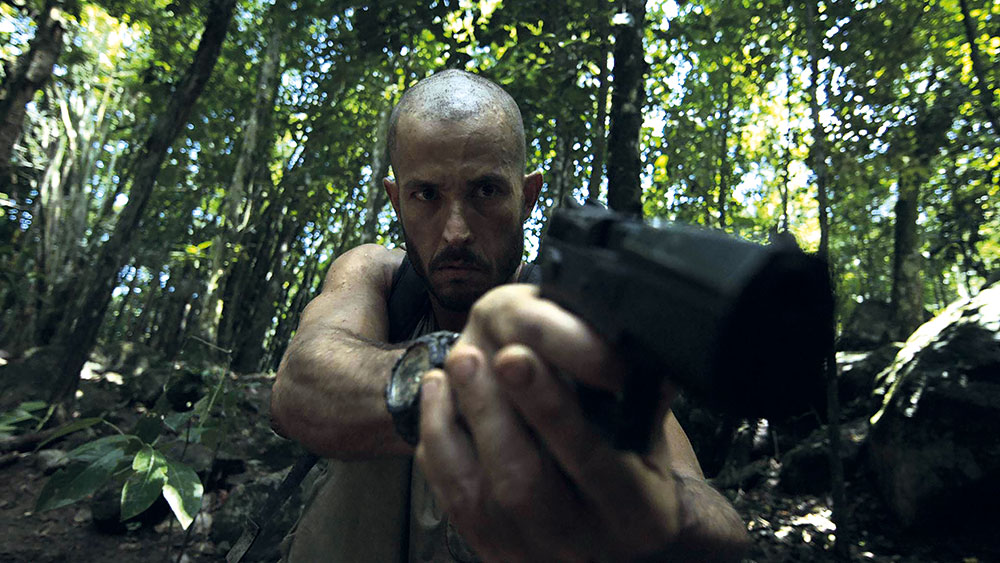 Brazil’s TV industry, widely and unwisely dismissed as primarily a source of telenovelas, has been revolutionised by a quota system that obliges every channel in the country to broadcast a total of 5% of productions made by Brazilian independents, reports Gary Smith

Alongside a requirement that 5% of content be sourced locally, legislation has also been introduced in Brazil offering tax breaks for both local companies and multi-nationals that invest in content production from the indie sector. Then the Fundo Setorial do Audiovisual (FSA) was established to help fund independent productions. Three years after these changes were implemented, the country’s indies are bucking Brazil’s economic meltdown by thriving and diversifying.

As their confidence grows, they are looking to compete in the global market of high-end, appointment drama.

There is also a more basic trend driving today’s production boom, which, incidentally also includes the film and kids sectors: channel proliferation. “Creatively speaking, there has always been the will to produce quality series and compete on the international market, but now, thanks to the success of pay TV and OTT services, there is more space, and more channels,” Rachel do Valle, executive manager at the industry group Brazilian TV Producers/ABPI-TV, says. “The Brazilian independent sector is starting to become a significant producer of drama for the global market. It’s still early days, of course, but internally you have channels such as GNT, which plays lots of fiction and drama, and HBO, which is doing very well regionally with O Negócio, produced by São Paulo-based Mixer. Intro Pictures has just teamed up with Turner to produce O Lei (The Law) for the Space channel, Turner’s pan-Latin platform.” The latter is claimed to be the highest-budget TV production ever from Brazil, and the green-lighting of the series was undoubtedly helped by the regional success of O Negócio. 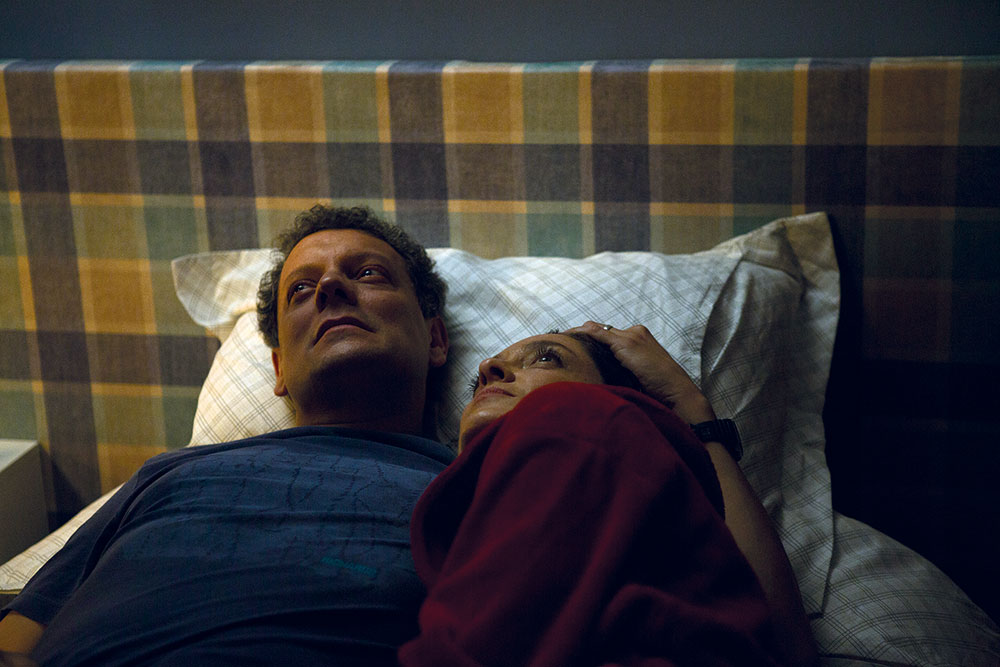 BossaNova Films produces drama for local and regional channels including GNT, HBO, Rede Globo, Rede Record, TV Cultura, Fox, Discovery Channel and Canal Futura. GNT’s Neighbours (Vizinhos) (above) is currently waiting to see if it gets a second season, while a third season of 3 Teresas has just been confirmed. “On top of that we have two new TV series in pre-production,” BossaNova Films partner and head of entertainment Denise Gomes says. “De Perto Ninguém é Normal (Nearly No One is Normal) mashes up fiction and documentary, breaking down barriers between those two genres in a light, funny and entertaining way. We expect it to be released in August this year, while Há Vagas para o Amor (Vacancies For Love) features stand-alone episodes linked by a narrator. Each episode starts with a real event, around which a fictional story is created, and we are planning to go into production with it around the second semester.”

Luiz Villaça, a partner and creative director of entertainment at BossaNova, is behind both projects, and all four shows are coproductions with the GNT channel. “We are also hoping to see them perform well on export, because we take into account what the international markets want with every TV project that we get involved in,” says Gomes.

So is the growth in drama production in Brazil mainly due to the new laws? “Of course, the legislation has helped to heat up the market, simply because international channels with scripted slots on their schedule have started to produce here to comply with the quota,” says Gomes. “Plus, the opportunities opened up by the Fundo Setorial do Audiovisual have also helped channels to make productions by completing the investment needed. Consequently, Brazil is nicely placed to establish itself as a regional centre of TV excellence over the next few years. However, we need to work hard, take full advantage of the financial opportunities, and focus on development, research and the quality of the screenplay. Also, the way that we handle our IP rights is very important if the sector wants to be genuinely competitive on the international market.”

Carlos De Andrade, executive producer at Rio de Janiero prodco Visom Digital, agrees. “The Brazilian audiovisual policy has created a significant influx of coproduction money from studios like NBCUniversal, Turner, HBO, Fox and Discovery, to name just a few,” he says. “Their demands are immensely important for the evolution of local producers, who now understand that, as an industry, their content has to have strong production values, plus clear results in the domestic market and genuine international appeal.”

It’s one thing to comprehend the needs of the global market, but equally it’s important to remain in some way Brazilian. “Generally speaking,” says De Andrade, “the demand for stories that are a bit different and that are told in a different way has never been stronger, and Brazilian dramas and comedies, even when dealing with truly global matters, undeniably have traces of our culture and way of life in their DNA. Added to that, there’s an immense global curiosity created by the internet, and that means that millennials are no longer locked into looking exclusively for content in their own language. They are curious about new cultures, and that’s to some degree where Brazil’s opportunity lies.”

De Andrade coproduced the first season of 4K blockbuster Guardian Council (above) with Brazilian free-to-air broadcaster TV Record, and the second season with Record and NBCU, which is now the distributor for Latin America. Currently, says De Andrade, sales negotiations are ongoing with broadcasters in Finland, South Korea, Spain and the USA.

4K is still quite rare in drama, so what made him decide to use it?  “For TV viewing, 4K is the pinnacle of the TV viewing experience, and we are going to be living with it for years to come,” he says. “From the broadcaster’s side, OTT will gain even more ground over traditional cable and satellite TV by offering 4K/UHD, so it would be silly of me not to use it. Soon we are going to see the value of the HD format dropping significantly, in the same way that today we can no longer sell our SD content for a reasonable price. This country is helping me to invest in 4K content, and as an executive producer it is my duty to guarantee my investors’ income for as long as I can.”

Fresh from completing Little Secret, Ocean Films’ first feature film (below), executive producer Cristian Marini points to City of God as a gamechanger for the Brazilian audiovisual industry. “After the success of that film, everything changed,” he says. “The government started offering incentives for TV and movie production, and that is at the root of what we are currently seeing – a very complex and productive sector, with huge companies like Petrobras and Banco do Brasil becoming major investors, simply because they can get tax relief by doing so. 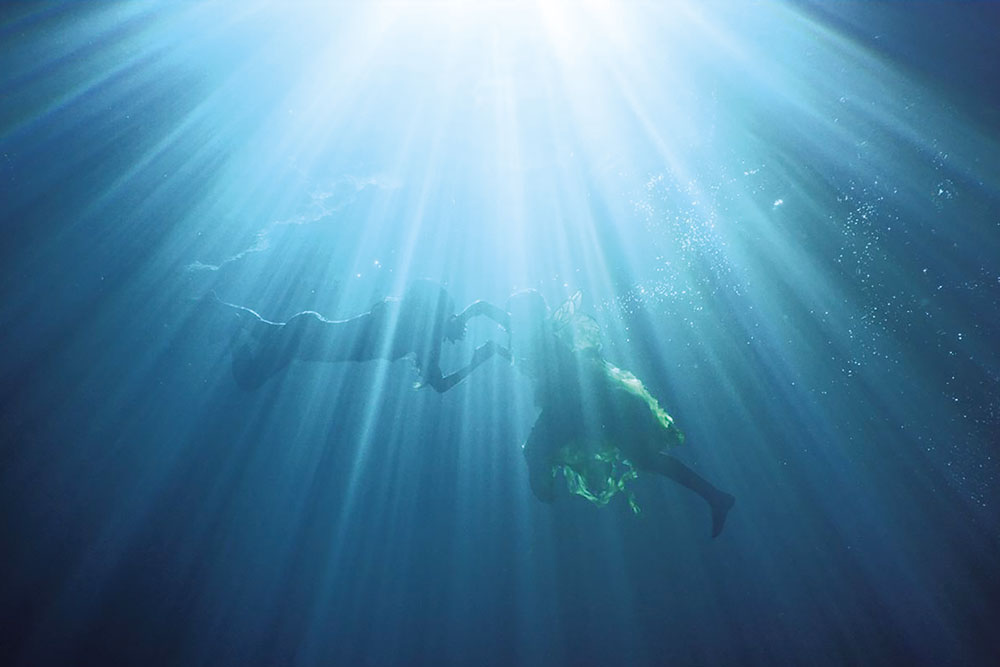 “So, on the one hand you have institutional support plus money from private companies and venture capital funds, and, on the other hand, an enormous local and global demand for quality content.

“Of course, after years of making our living from shooting commercials, we are more than happy to join in. But it’s something we’ve been thinking about and planning for at least five years, and since we completed Little Secret, we have lined up several TV drama projects and have a documentary for a major US company in pre-production.”

Little Secret tells the true story of a globe-trotting Brazilian family, the Shermans, who stumble across a young couple in a desperate situation due to a blood transfusion that infected them with AIDS. The film was directed by the real-life couple’s son, David Sherman, and is distributed globally by Diamond Films.

Production companies Chatrone, founded and run by Carina Schulze, and Mara Lobão’s Panoramica, had previously worked together on kids content, which has now led directly to the duo working together again on Sem Volta (No Way Back), for the adult drama market (pictured, top).

“It’s a primetime show coproduced with TV Record, and it’s about how people react in extreme situations; how the coolest person at the outset is not necessarily the best at dealing with stress,” Schulze says.

“Our version of the show is set in the mountains near Rio and is based around what happens to a group of rock climbers caught in a cataclysmic rainstorm, which leads to landslides. It’s a very ambitious project, with some scenes shot in 4K, and it is totally character-driven. That sort of situation could take place anywhere in the world due to any kind of disaster, so consequently our plan is to sell the series as a format.”

The fact that such a show exists at all is also very much a result of the current state of the indie sector. “One thing that always held Brazilian producers back in the past was the fact that there just weren’t that many good writers around, but that is no longer the case,” Schulze says.

“Plus, from a pure business point of view, we are seeing that Brazilian channels are much more prepared to take risks with content, because there’s clear evidence that these domestic successes are driving subscription uptake”.

Lobão’s Panoramica is also working on a drama series with Universal Brazil as coproducer.

“Trails of Hate is based around a real police station in São Paolo that deals exclusively with all kinds of hate crimes,” says Lobão. The project started out as a documentary, but it rapidly became clear that this would lead to huge problems with the people being filmed. Therefore, we made it into a 10x60mins drama series, which is currently being shot, and I’ll be bringing some episodes to MIPCOM later this year.”