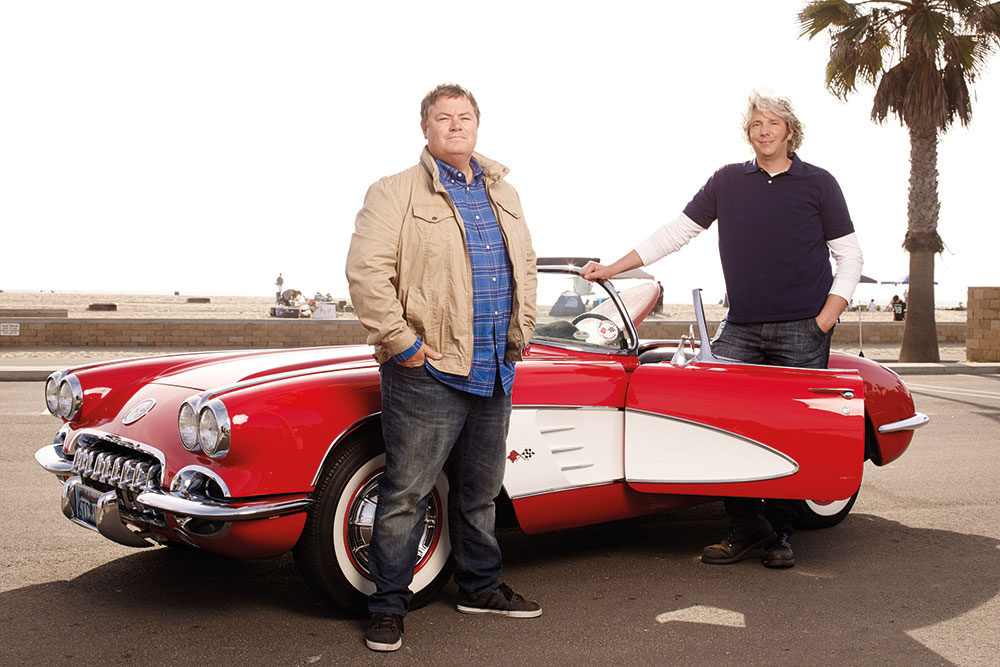 With petrolhead show Top Gear making headlines, TBI gets to grips with the new show and takes a look under the bonnet at what is driving viewing in the motoring genre.

Top Gear’s success is such that is has spawned a host of companion shows. More broadly, motoring formats are in fashion, as the car becomes the star.

As terrestrial channels struggle to justify huge sums for sports rights, pseudo-sporting events, from ice-skating to diving, help satisfy the appetites of sport fans, and give them a free-to-air sports fix. Format distributors believe motoring formats can do the same job.

Where Top Gear moved specialist factual into the entertainment space, broadening the demo beyond petrolheads, ITV has put the emphasis squarely on entertainment with its new series Drive. “It’s celebrity-based reality entertainment, and instead of putting celebs in the jungle, we are finding out how they survive on the race track,” says Mike Beale, ITV Studios executive VP, global development and formats.

In the show, which is for ITV in the UK and is being distributed by ITV Studios Global Entertainment, celebs face off in races using a variety of vehicles, including banger racers, 4x4s and rally cars. There is a straight race and a more quirky challenge-based round, and the tone is tongue-in-cheek.

It is hosted by Vernon Kay (Family Fortunes), underlining its entertainment credentials, although double British Touring Car champion Jason Plato is also on hand to lend the show some motor-racing credibility.

The fact that most people, celebrities included, can drive, means Drive has a broad appeal and offers a relatable angle that isn’t there with formats that put the talent in unusual situations (such as ski jumping). ITV is selling the show as a format, and the need for a suitable, local race track it is one issue. Beale notes there are many race tracks offer ‘driving experience’ days throughout the world, meaning ready-made venues to shoot territory-specific versions.

While not excluding revheads, the show is clearly targeting a wide, primetime demo. “Petrolheads will take away what they will, but this is about the entertainment and reality of watching the celebs, and viewers projecting themselves into their shows,” Beale says. 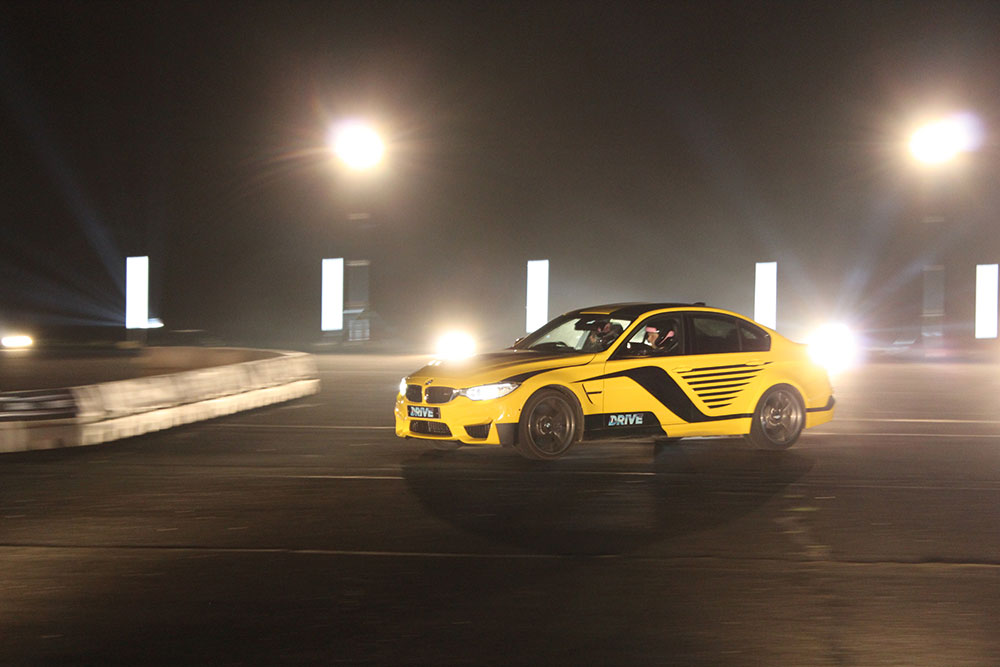 Drive (above) will line up against BBC One’s The Getaway Car in the global formats space. BBC Worldwide will have a launch event for it at MIPTV, as it is one of the distributor’s big launches for the market, despite a middling performance in the UK. There, host Dermot O’Leary (X Factor) described the show as ‘Gogglebox meets Total Wipeout’; the format sees families testing their relationships over car-based challenges, including a giant automobile assault course.

A new car show with a more direct lineage to Top Gear is Motorheads. It was commissioned for BBC Worldwide channel BBC Brit, which was itself conceived as a network built around, and encapsulating, the spirit of, Top Gear.

The other link is that it is presented by Tom Ford and Jonny Smith, who had previously been hosts of Top Gear companion piece Mud, Sweat and Gears, also for Brit. It is produced by UK indie October Films, which makes the YouTube clips show Rude Tube (and shares some DNA with that series in that it uses online clips as its jumping off point).

While Drive and The Getaway Car are splashy entertainment shows, Motorheads is made for enthusiasts, says October executive chairman Denman Rooke. “It’s real people doing real stuff with real cars; it’s not some rich blokes messing around in supercars they have been given,” Rooke says. “It reflects what real petrolheads are into, and what they are doing.”

The clips are the basis for stunts and video segments for the studio-based team, but unlike the slick, shiny-floor element of Top Gear, this is designed to have an grittier look and feel.

“It has a look we call ‘slovenly grunge’,” says Rooke. “It’s the antithesis of the shiny-floor look on Top Gear; this is more down-at-home. It definitely has oil under its fingernails.”

The international success of Top Gear, means the popularity the motoring genre is increasing around the world.

When French DTT channel RMC Découverte ordered a local version of Top Gear last year, it was the first time a motoring show had made it into primetime in the country. Pernel Media boss Samuel Kissous likens it to the French market opening up to contemporary cooking formats a decade ago. His French indie is now making a local version of Discovery Networks format Wheeler Dealers for RMC.

“Food was relegated to morning slots before shows like Come Dine with Me, and until recently car shows were very traditional,” Kissous says. “The French version of Top Gear was the first time ever a car show went out in primetime, and Wheeler Dealers (top) will be the second.” Wheeler Dealers is produced by Attaboy TV for Discovery Chanel and sees mechanic and car enthusiast rescue and restore old cars, and then attempt to make a profit by selling them.

RMC is a DTT channel, and, for producers, whether the terrestrial nets embrace motoring shows is a moot point. “Putting car shows in primetime relates to the fact there are new channels attempting to attract different types of viewer,” says Kissous. “The big question is whether in the case of cars, it will translate to the mainstream broadcasters.”

Velocity and its international cousin, Turbo, are Discovery Communications’ channels dedicated to four wheels. In the US, Velocity launched in 2011. It is now in 66 million of the 100 million pay TV homes in the US, and will be in 70 million by the end of the year, says general manager Bob Scanlon. One sign that specialist content in this genre is quite settled in that 90% of the schedule comprises returning series. Wheeler Dealers is its key franchise, alongside shows including Bitchin’ Rides, a reality series following Dave Kindig and the work at his Utah design shop.

Scanlon says the Clarkson-May-Hammond era of the BBC’s Top Gear was “not about cars, [but] was personality-driven”. Velocity also wants big, accessible personalities, but the channel chief says this has to be underpinned by expertise.  “It’s simple,” he says. “We look at prospective hosts and talent and ask, ‘would we sit down and have a beer with that person?’ They also have to be authentic, respected and skilled. We don’t manufacture any contrived issues you often see in reality TV. It’s about authenticity, craftsmanship and skill.” 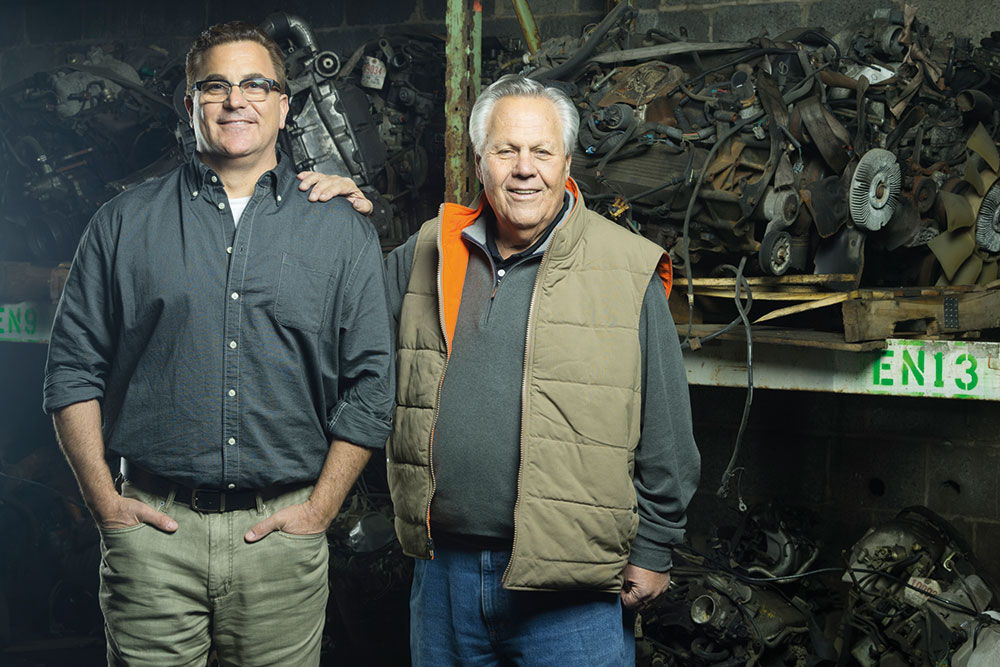 Other on-screen talent for Velocity includes Wayne Carini, who fronts restoration series Chasing Classic Cars, and Mark Worman, a love-him-or-hate-him character, who hosts Graveyard Carz, in which classic Chrysler muscle cars are given a new lease to life. Junkyard Empire (pictured above), meanwhile follows father and son Andy and Bobby Cohen, and the tension and scrapes of running junkyard and restoration businesses.

The Velocity demo is upscale men aged 25-to-54, though Unique Rides with Will Castro, in which the titular car designer turns out custom cars for well-off, cool, urban clients (often celebs) was a clear move to hit up younger viewers.

The channel is faring well with a 6am-9am morning block of shows focused on buying, selling and investing in cars, while the weekend mornings are more focused on how-to shows, heavy on practical takeaway. There is also lengthy live coverage of car auctions in association with Arizona-based classic car auction house Barrett Jackson, something that could soon be on the international Turbo channels.

Digital is another big area of focus, says Scanlon. “We believe this content is more applicable to digital than any other content in the [Discovery] portfolio,” he adds.