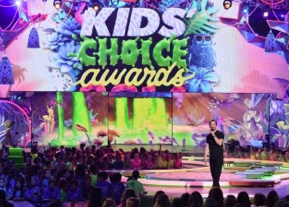 China’s LeEco is bringing the Nickelodeon Kids Choice Awards into the territory for the first time.

A licensing agreement with Viacom International Media Networks hands LeEco’s subscription on-demand platform, LeEco VIP, rights to the show as of this year.

“We are elated to be the first to bring the iconic Nickelodeon Kids Choice Awards and welcome their well-established content into China through our platform,” said Zhang Zhao, CEO of Le Vision Pictures and president of Eco Entertainment Business Group, which runs LeEco.

“Nickelodeon’s content has strong appeal and relevance with the Chinese audience and we look forward to showcasing such international children’s programming to our LeEco VIP subscribers.”

“MTV Asia Spotlight will allow us to continue to elevate more Asian artists on a regional platform and grow the awareness and appreciation of Asian music for fans around the region to enjoy.

“We’re particularly thrilled to be embarking on our first stand-up in collaboration with LOL Events, which enables us to promote local comedy and place a spotlight on talented comedians from around Asia.”