AwesomenessTV launching in the UK

DreamWorks-backed YouTube channel AwesomenessTV is available in the UK from today. 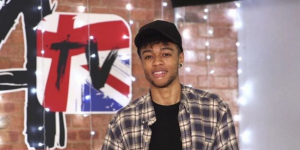 The channel targets a youth and teens demo, and in the US has 3.5 million subs.

The ‘schedule’ will see new advice videos uploaded on Mondays, fashion and beauty content on Tuesdays and entertainment clips on Wednesdays.

The UK version of Awesomeness will feature YouTube stars including Mazzi Mazz (pictured), Harrison Webb and Ebony Day, who said: “I am so excited to be involved in AwesomenessTV UK. We had so much fun filming the life hack videos.”

Awesomeness announced a partnership with Endemol Beyond at MIPCOM last year, and the Endemol Shine Group’s MCN unit will launch the channel in international markets including the UK, France, Germany, Spain and Brazil.

Endemol Beyond’s UK director of content and strategy, Randel Bryan, said: “Awesomeness TV is one of the world’s most exciting and youthfully connected brands and we’re delighted to be bringing it to the UK.”

Bryan, a former Universal digital exec, added: “Our aspiration is to build a local channel that extends Awesomeness’ ability to organically entrain, educate and engage audiences across multiple-platforms for years to come on a global scale.”

Awesomeness, which was founded by Brian Robbins, produces its own series and films. It was acquired by DreamWorks in 2013.