Stephen Garrett has launched Character Seven, a new UK-based scripted indie, and the new prodco is working on a supernatural drama for Hulu in the US. 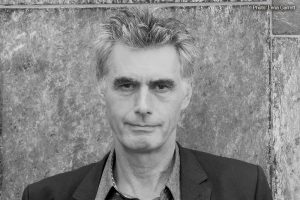 Garrett is well known in drama circles and with Jane Featherstone cofounded Kudos, the scripted producer that counts Broadchurch, Spooks and Life on Mars among its many drama credits.

He left Kudos, which was acquired by Shine in 2007, in 2014 having been managing director and chairman.

Character Seven is credited as a copro partner on The Night Manager, the upcoming TV adaptation of the John le Carré novel, which stars Tom Hiddleston, Hugh Laurie and will be on the BBC in the UK and AMC in the US.

The new prodco is also developing The Rook, a supernatural series set in London, for Hulu.

Character Seven is working with Twilight author Stephenie Meyer’s company Fickle Fish and Lionsgate on the project for the US on-demand service.

Garrett said: “There is no longer a barrier between television storytelling and film storytelling. The creative talent is flowing both ways and it respects neither national boundaries nor the size of the screen.

“I have always been excited by new types of story and new ways of telling them. With Character Seven I hope I can take this passion to the next level.”