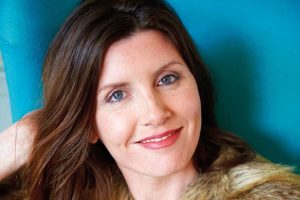 Irish comedy star Sharon Horgan on the quirks she and production partner Clelia Mountford found working in US TV after launching their UK-based production firm, Merman, in the States

The difference between working in the UK and US can be summed up in two words: craft services. Affectionately known as ‘crafty’, this service provides sets with everything from jars of jellybeans and industrial-sized polo mints to crab chowder and hot-from-the-oven cookies.

Everyone loves crafty. Except me. I see their staff as feeders and consider them to be evil. Crafty is there all through the day, and everyone from camera loader to number one star on the call sheet graze there during the long filming hours. The UK equivalent is a tin of Family Circle and some ropey tea.

So that’s it really. That’s the only difference. I guess it’s lucky it’s there because often you run so far over lunch that you need a bit of sustenance to see you through. So that’s another difference then. The hours are longer in the US because there’s overtime and lunch penalties. You find yourself without any kind of structure or ability to make social plans involving a life because if you’ve not finished your pages you keep going until you do.

Oh, and the money I guess. The money that’s spent on 30 minutes of American entertainment is, shall we say, more. My last pilot in UK cost approximately ten times less than my last pilot in the US. So there’s that.

And crew size. Crew size is different. In that there is a lot of them. The English director of Catastrophe, Ben Taylor, turned up to direct an episode of Divorce. His first scene was a two-hander in a small bar in Harlem and for that we took up two blocks of sidewalk. Big footprint.

And everyone has an assistant. I’m not sure about this, but I think some of the assistants might even have an assistant because there’s at least 50 people on the shoot whose jobs I don’t know or understand.

And I suppose another difference is the toys; the big boy’s and girl’s filming toys. There are fewer limitations to your film-making vision, which is unusual when making comedy in the UK, I think. With smaller budgets than drama, the comedy production often has to limit itself, at least visually. There isn’t the time or the money to get funky. In the US if you want a crane, a second camera, a third camera, 50 different lenses and a steady cam on stand-by ever day, that’s just fine. All of this is available to you and your 30 minutes of TV.

I suppose if I think about it another difference is the luxury of multiple writers who are there to help you make your half-hour. That’s very different. The writers’ room, in particular. Never having used this method in the UK it took a bit of getting used to, but once you try it, it’s hard not to marvel at its merits. Multiple brains working as one. The wonder is that all those writer brains give enough of a shit about your show to put their best work into it. God, I love our writers.

On that note there are also rather a lot of executives. A lot of people to answer to. Although making a cable show in the US differs enormously to making an American network show. Network show executives sometimes attempt to crowbar the script that you originally brought them into a different show-shaped hole.

Cable is different. I don’t know why particularly, different audience I guess. And more trust. When a cable channel buys your show it’s to buy not just the idea but your voice specifically. And then they sort of trust you to make what they bought. Because why would they employ you to a job that they don’t think you’re capable of doing? That’s the most similar the US cable show experience is to the UK, certainly in my experience. They buy your script to make your show. Which sort of makes sense.