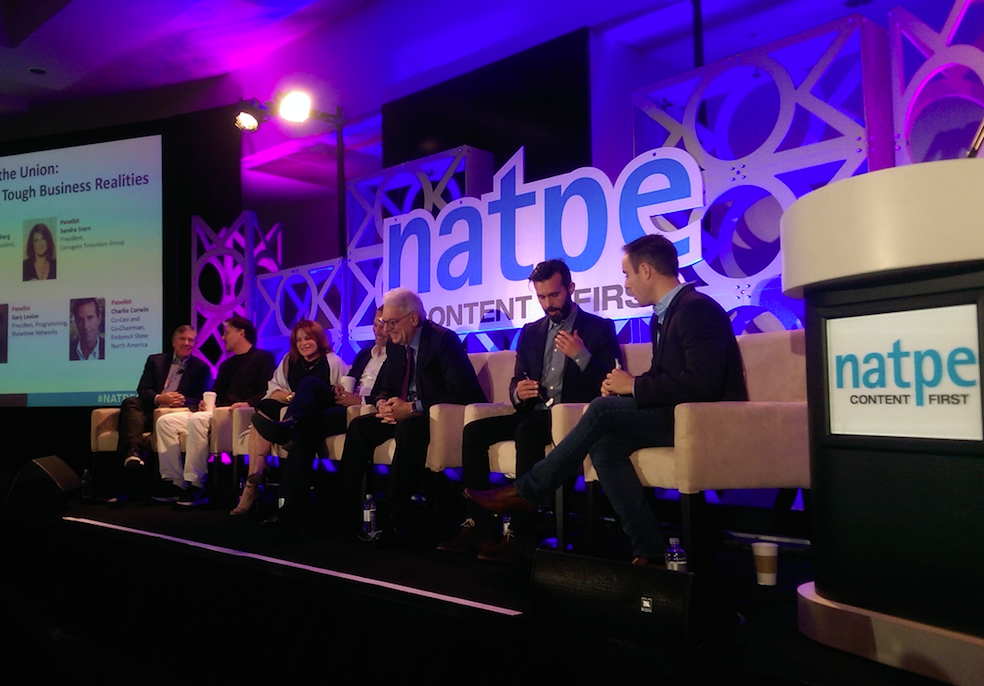 A selection of top US drama executives here in Miami on the first day of NATPE have broadly agreed that the golden age of scripted TV will continue.

The US broadcast nets are struggling to get the best scripted TV talent, but, along with HBO, remain the best place for a “home run” lucrative drama hit, according to influential US agent Peter Benedek.

Benedek, founding partner and board member of UTA, was speaking on a NATPE drama panel yesterday, alongside execs from Amazon Instant Video, Epix, Lionsgate Television, Showtime and Endemol Shine Group.

He said the shorter runs, and interesting projects on offer on cable and SVOD are luring creatives away from broadcast. “The place where people want to go least is broadcast television,” he said.

He added that network TV remains the place for high-earning hits: “There are so many choices out there, but active home-run hits only exist on network and HBO, they are the only places to get rich.” For talent and creatives, however, he said that a cable or SVOD hit would be enough to “buy a beach house”.

Gary Levine, programming chief at premium cable net Showtime, agreed. “The pot of gold is still a broadcast network hit,” he said. “What’s the most lucrative show on television in the last 10 years? I’d guess it’s the Big Bang Theory” — a series that nobody seems to be emulating.”

Showtime yesterday recorded its highest-ever debut episode ratings with Wall Street drama Billions, which it said had been seen around three million times since its linear debut on Sunday night.

Much of the conversation on the NATPE panel revolved around whether there was too much drama being produced.

Lionsgate TV group president Sandra Stern said television drama is entering a ‘niche’ period ‘where everybody can find their favourite show somewhere’. She added: “Unless something is somebody’s favourite show it is probably not going to survive. The market is going to take care of the glut of [scripted] television, things that people are not watching and seeking out probably won’t survive.”

Epix president and CEO Mark Greenberg agreed that, ultimately, viewers will decide. “The consumers decide, they want great content,” he said. “Whether it is a restaurant or original programming or good books, there is never enough good content.”

Charlie Corwin, co-CEO of Endemol Shine North America, who has this week taken on new responsibilities in Latin America, said it was a testament to FX chief John Landgraf’s statement that there was too much TV that it was still being debated.