HBO’s Game of Thrones remains the most illegally-downloaded programme in the world, with 14.4 million people watching the season finale through BitTorrent last year.

This means the show has been the most-pirated worldwide for the past four years, and that the numbers of those watching illegally exceeded the number that watched legally through pay TV or on-demand routes. 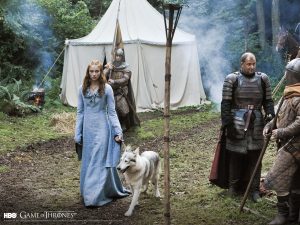 An estimated 8.8 million watched the Game of Thrones finale on HBO.

The BitTorrent stats, first reported by TorrentFreak, showed most downloads were in low quality 480p format, though there was an increasing taste for higher-definition 720p and 1080p formats.

The taste for superhero shows was also borne out in the Torrent stats, with the fourth-most downloaded series being The CW’s Arrow, and The Flash and Supergirl also in the top ten. USA Network’s Robot and Suits, History’s Vikings, and NBC’s The Blacklist also featured.