Leftfield Entertainment has made a number of promotions at its Sirens Media and Leftfield Pictures production companies, and promoted its talent chief. 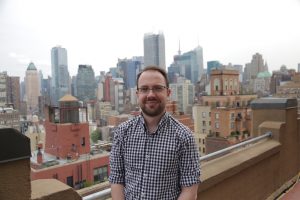 Executive producers Simon Thomas (pictured) and Caroline Self have both been promoted to VP, programming, at Leftfield Pictures (Pawn Stars) and Sirens Media (Real Housewives of New Jersey), respectively.

Genevieve Croteau has been up to VP, human resources and business development at Sirens, while Gretchen Palek, head of talent at parent Leftfield Entertainment has become senior VP, talent and casting.

Croteau takes up her new post at Sirens having previously been VP, development. She reports to co-presidents Rebecca Toft Diefenbach and Valerie Haselton.

The changes comes after Leftfield founder Brent Montgomery was named as CEO of ITV America, a new umbrella group that includes all of UK broadcaster ITV’s US assets.

At the same time, ITV acquired the 20% of Leftfield it didn’t already own, and now has 100% of the business.