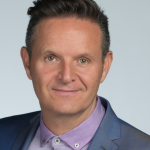 Mark Burnett is taking control of MGM Television and Digital Group after the US studio acquired full control of United Artist Media Group.

Burnett has signed a five-year contract to become president of the group, with current head of television and digital Roma Khanna stepping down.

Simultaneously, MGM has bought the 45% of UAMG that it didn’t already own, from Burnett, his wife and business partner Roma Downey and Hearst Entertainment, which backed Burnett’s previous venture, One Three Media.

Burnett and Downey owned a combined 23% share, which has been exchanged for 1,337,360 shares in MGM stock valued at US$90, which values their stake at around US$120.4 million.

Meanwhile, MGM will pay magazine and media group Hearst US$113.5 million for its 22% stake.

Both agreements are expected to close in early 2016, and were based on deal parameters established when MGM first bought 55% of UAMG last year.

“Combining all of our TV content efforts under the purview of this unparalleled chief is incredibly exciting,” said MGM chairman and CEO Gary Barber. “Additionally, we believe this synergistic transaction will be very accretive to MGM.”

A planned faith-focused OTT channel will remain under control of Burnett, Downey, Hearst and MGM, all of whom invested in the entity.

Further changes triggered by the deal see Downey serving as president of LightWorkers Media, which will also serve as the faith and family division of MGM Television and Digital. She will report to Burnett, and will also serve as chief content officer for the OTT network.

Chris Ottinger has been promoted to president, worldwide television distribution and acquisitions for MGM, reporting to Barber, while president of television development and production Steve Stark now reports to Burnett in an expanded role.

MGM’s president of domestic television distribution, John Bryan, will continue in his post.

Former NBCUniversal International channels chief Khanna leaves after four years at the helm of MGM Television, which was established soon after the wider MGM group emerged from bankruptcy last year.

New chief Burnett is best known as creator of Survivor, The Apprentice and The Bible, and produces the US version of The Voice.

MGM bought his companies, LightWorkers and One Three, last year and rolled them into UAMG, which was born out the classic era United Artists studio that Tom Cruise, Paula Wagner and MGM relaunched in 2006.

“Joining MGM under the incredible leadership of Gary Barber is an exciting new chapter of my television career,” said Burnett. “Demand for quality content is stronger than ever and the opportunities to grow our pipeline and develop projects from the wealth of Intellectual Property in the MGM and United Artists libraries are enormous. There is no better time to be creating premium content for distribution across multiple platforms.”