Red Arrow Entertainment Group has acquired a majority stake in an LA-based producer that has strong ties to the Turkish television market. 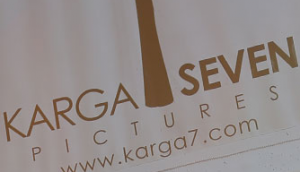 Karga Seven Pictures has produced more than 300 hours of programming since its establishment in 2008, and joins five other American prodcos in the Red Arrow stable.

Its shows include Travel Channel’s Booze Traveler, Discovery Channel’s How Booze Built America with Mike Rowe and History Channel’s Hunting Hitler. The firm is based in LA and has offices in Istanbul that allow it take advantage of the Turkish market.

As part of the agreement, Red Arrow’s sales arm, Red Arrow International, will sell Karga Seven’s programming on the international market. The prodco’s content has previously gone out worldwide via distrubutors such as DRG.

“Since we started Karga Seven out of a tiny basement apartment in 2008, we’ve stayed true to three core principles: always have a strong point of view; take risks; and seek out and collaborate with the most talented, passionate people you can find. Those beliefs were integral in our decision to partner with Red Arrow,” the trio said in a statement.

“From the moment we got to know Sarah, Emre and Kelly, it was clear that they would be tremendous additions to our group,” said Red Arrow CEO Jan Frouman. “We love their approach to development and production, share a common collaborative spirit, and feel that we can achieve real US and global growth together.”

The deal is the first for ProSiebenSat.1-owned Red Arrow in the US since its February 2014 deal for Say Yes to the Dress prodco Half Yard Productions. It also owns majority stakes in Nerd TV, Kinetic Content, Fabrik Entertainment and Left/Right Productions in addition to a number of producers elsewhere in the world.

Stella Advisors acted as financial advisor to Red Arrow on the deal, financial terms of which were not disclosed.